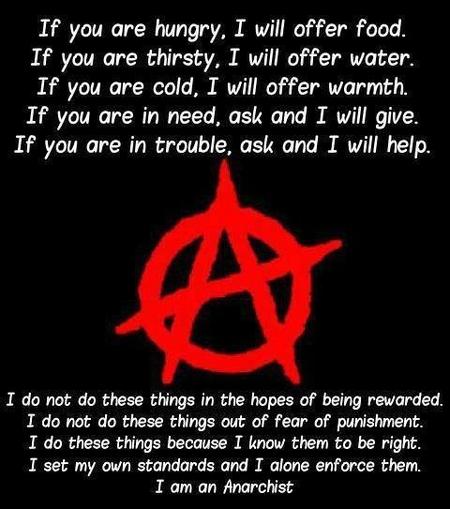 My other main interest in my spare time is Blizzard gaming.  If you have been reading my articles over the past year, followed me on Twitter, or watched my Twitch stream, you know I am a big fan of the games that Blizzard makes.  I have been a fan since my childhood, back to the days of Diablo 1.  In my spare time, you can find me either playing a Blizzard title (I'm a raid leader in World of Warcraft, I play a ton of Heroes of the Storm, I play Overwatch as often as I can, I need to find time for Starcraft, etc...), or watching the competitive E-Sports scene for Blizzard games.  Similar to how most “civilians” follow football, baseball, or any other sportsballs, I follow the Blizzard E-Sports scene.  I follow who leaves each competitive team, what teams dissolve, etc.  I constantly tweak my Twitch.tv stream (TomixFitz being the name to follow), and I am attempting to express more opinions on the Blizzard scene on Twitter (again, give @tomixfitz a follow!).  As much as I could do an entire content section based purely on Blizzard Entertainment, that would crossover with Curt's Video Game section, as well as crossover with the Movies and Comics sections, and any future Sports section that might materialize.

Muse - “Map of the Problematique”

As I mentioned before, I'm not going to lie to you, dear readers.  Part of the reason for my departure is to pursue personal endeavors.  Outside of tabletop gaming, there is a myriad of topics that I can and will be very vocal about.  I'm a big fan of professional wrestling, but covering a topic like that belongs in a dedicated “Sports” section, as well as also falling under the same trap of “copyright laws.”  I've also got a bug for creative writing and fiction, but when what little production time I have shines, I've had to spend it on the topic of tabletop gaming.  This is no one's fault.  I have a desire, and I have gotten to the point that I need to pursue it.

@tomixfitz will soon be forgotten, until the Dungeons and Dragons sections opens.  He'll still be hanging out, like that Faceless-Old-Woman-Who-Secretly-Lives-In-Your-House.

The discussion was brought up about me covering a different section of pop culture.  Originally, I was approached for doing a Music section for www.theculturecache.com.  The clincher with that being an annoying thorn known as “copyright law.”  For the for-profit videos produced, no copyrighted music can be used without express written permission from the copyright holder.  I cannot conceive a watchable YouTube show about music that does not feature licensed music.  I could deliver a full hour dissertation on topics such as the Pixies, The Everly Brothers, trap music, what technically constitutes “pop” music, the key to making a guaranteed Billboard #1 song, etc....  but if I cannot feature said music in said videos, it would be almost pointless, since you would have to look up the songs yourselves.  There is some indy music I can get away with, but to “cover my ass,” I'd have to get written permission.  Though I know a few local indy bands that would love to have their music plugged, and constantly, I wouldn't do that to you, dear reader.  Though, while I am thinking about it, if you live in or near the Knoxville, Tennessee area, and see an advertisement for a show featuring either Powerklaw or Red As Blood, check them out.  Two of my favorite starting local bands in quite a long time.

Yes, dear fans of www.theculturecache.com, you read that headline right.  I'm moving on, but I'm not moving out.

This is not to say I have lost a passion for tabletop gaming.  Quite the opposite, actually.  Through doing this work, I have played several games I probably would not have.  Though a new edition of DnD has been released, we are restarting a campaign of 4th Edition for our own enjoyment, and your future entertainment.  This will be the first time I have ever played DnD as a player instead of a Dungeon Master, and I greatly look forward to it.  And as I have talked over with the dude-in-charge, Curt, if further requests for tabletop gaming content are received, I will fulfill the request at the earliest time I can.

Again, I have moved on, but I have not left.  If you want the Tomix entertainment view on tabletop gaming, Tomix will be here.  If you want some original non-tabletop writings, Tomix will be providing.  Anyone is always welcomed to watch me stream whatever game I happen to be playing at the time, as well as interacting with me on Twitter about any topic that seems fun at the time.  I'll be on whatever Reddit or PHP forum that The Culture Cache decides to utilize.  If I write something that  “Management” decides is good for the site, I'm sure it will be posted.  Until then, be safe.  Be happy.  Keep fighting whatever unjust system has been oppressing you.  Find your own happiness in this <gently-caressed>-up world.  Do what you enjoy, do what is right, and enjoy your life for what it is.

Much like how I love Radiohead but abhor Radiohead fans, I <gently-caressing>-love Muse, but I hate with the fury of a thousand suns Muse fans.  And Chris Wolstenholme belongs in the same category as Les Claypool, Victor Wooten, and Jaco Pastorius.

To summarize: I'm moving on, but I'm not gone.  My focus is going to shift to creative pursuits that I can provide in a qualitative manner.  Though I'm focusing more on Twitter and Twitch, pro wrestling commentary, I will continue to help www.theculturecache.com in any way that I can.  Because I guess technically it would no longer be a “conflict of interest,” for you Reddit fans out there, I have had a subreddit set up for The Culture Cache for months, so you fans can directly interact more with content generators and personalities.  Once I get permission to unlock it, I shall tweet out the link as well as it being posted on the website you all know and love.

Yeah, I know how it seems, but this has been on my mind because I finally started playing The Cat Lady on Steam.  As great of a soundtrack it is, this song keeps coming to mind.  18+ only, please!

I'm not submitting this as content for the site as a “manifesto” or a “list of grievances” or anything the like, so if that is what you are expecting, move on to one of the other fine articles or videos produced by this fine website.  I'm giving you the old fashioned “it's not you, it's me” speech.

First, there is one thing I need to clear up for this piece of writing only.  My name is Brian, and I'm the meat-vessel behind Tomix Fitzgomer.  And I, Brian, for better or worse, have a life that keeps me away from partaking in as much tabletop gaming as I'd like.  Unfortunately, when your only chance to playtest or try out games maybe happens only once every month or two, the well of info that can be provided becomes quickly limited.  And I have the belief that for a regular gig, if I cannot provide the best quality of information and entertainment to you, dear reader, then I need to gracefully bow out of doing said duty.