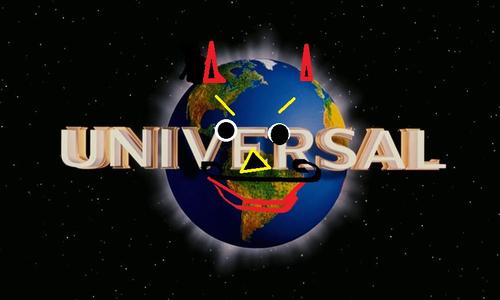 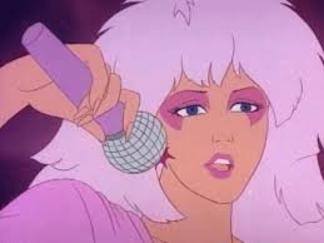 "So, Karlene, why are you spending so much time trashing this show when your original intent was to defend it?" Well, to answer your question, Disembodied Voice of Theoretical Reader Who Missed the First Full Paragraph, Jem was still a huge part of my childhood and a cultural hallmark. It was produced for the primary purpose of selling toys (specifically by Hasbro). Transformers and G.I. Joe had been targeted to boys, so this was the product for the pre-adolescent female market. This, of course, was everywhere in the 80s, and it is why people of my generation hold shows like this in such high regard. We forgive a lot based on the satisfaction, however fleeting, we received from these products as children. As the (second) theme song of the show declared, "me and my friends (were) Jem Girls" (and yes, this song was just a commercial. It became the theme song two years in, after the show had caught on, really pushing the identity in the form of the product). I had the VHS tapes. I had the dolls. I danced around to the little cassette that came with the doll. I was the target demographic, and I lapped it up.

Months go by, and we hear tidbits about the plot. It's not looking too positive. Suddenly, it happened. The trailer. Oh. Dear.God. Have. Mercy. THE TRAILER.

So why did I say this wasn't a good show? The premise, though farfetched, is intriguing...but the execution is sloppy. Each episode, the girls face mortal peril. Burning buildings, literal cliffhangers, etc. occur constantly, and are usually caused by The Misfits (who are never subjected to any legal consequences or express any remorse for ATTEMPTED MURDER AND MANSLAUGTER) . The 80s-tastic songs are catchy, but they awkwardly punctuate the action of the episode. The voice acting (with the exception of Jem herself, most of the time) veers from wooden to overblown, especially the screeching delivery of The Misfits' lines. The animation, even for its time, feels pretty cheap.

Hmm. Not exactly what I pictured. And YOUNG. So young. But that could just be because of how young I was when the show aired, so I'll let that one pass...

Wait a sec...  What if it isn't Jem in the live action movie at all? 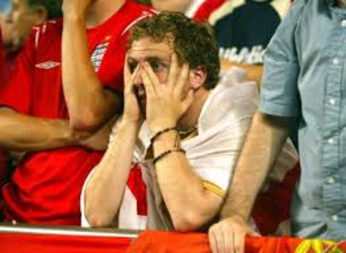 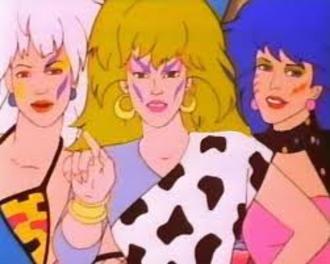 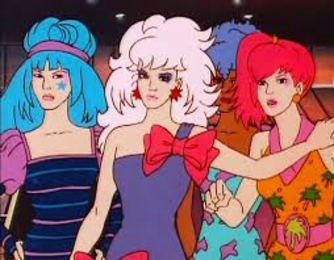 We don't take kindly to people 'round here who insult our childhood... 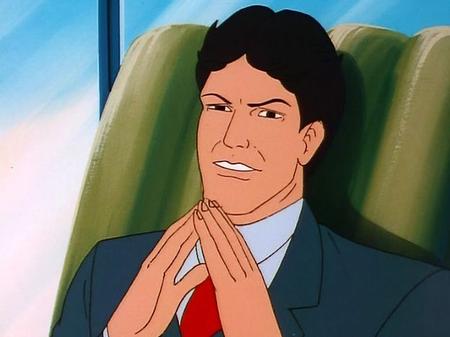 I know that probably doesn't make much sense...at first. But think about it this way: have you ever observed a tight-knit but combative family? They will insult other members of the family, call each other out, acknowledge each others' faults, and maybe even come to blows. If someone outside the family does the same thing? All bets are off. You look after your own, flaws and all, because that's what families do. Your childhood memories and all the nostalgic feelings they bring into your adult life are like home--like family. And you don't let outsiders mess with your family. Stepping on one's childhood is stepping on one's foot, and you're going to make people fighting mad. 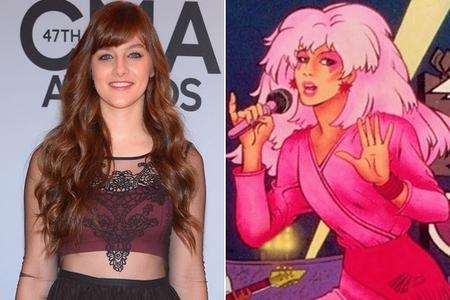 There was no sign of my childhood in this mess. This was bizarre and embarrassing and the worst idea since The Jump to Conclusions Mat (thanks again, Mike Judge). And, in all of this, the trailer alone managed to be one of the most trite, bland exhibitions I have ever witnessed.

We see Jerrica, who hates being on camera, filming herself playing a song--but not before donning a pink wig and pink face paint (I see what you did there, guys. Wink wink, nudge nudge, say no more...). Kimber posts her bland song on YouTube without her consent. Jerrica goes viral. They all get a record deal (even though only Jerrica is in the video. Maybe that is clarified in the actual film. I'll never know, because I don't care). They go to Hollywood. Eric Raymond is now...Juliette Lewis? They meet Rio, whose hair is not purple. Juliette Lewis changes Jerrica's name to Jem. She does not provide magic earrings. There is a painfully unfunny joke about Photoshop. The band performs, dressed like the Jem dolls I once owned, but sounding like Taylor Swift in a garbage disposal. Fame goes to Jerrica's head. She fights with her band. They accuse her of rejecting them for glamour and glitter, fashion and fame (sorry...couldn't resist). Jerrica laments that "the version of (her) they want doesn't exist" and DEFIANTLY shoves all the beauty products off her dressing room vanity. Everything works out. The band gets back together.

This dismal tale has a happy ending. Jem was released on October 23, 2015, grossing a mere $1.4 million (from a projected $5 million) and opening 15th at the box office. To date, it is the worst opening of 2015. In all honesty, the backlash from the trailer was so intense that the film likely flopped weeks before its release. It's one of the few instances I can recall in which the loyalty of the audience was more than just lip-service. People really did boycott this thing.

And I am thoroughly disgusted that that changed its plot completely and made a live-action mess of it.

The cast was announced. Mostly names I did not recognize. This is Audrey Peeples, A.K.A. Jem:

THIS IS JUST THE TRAILER.

We see Jerrica--a "typical" teenager embroiled in first-world problems. She lives with her aunt (played by Molly Ringwald, because of course she is), along with her sister (yes, still Kimber) and two foster sisters (Shana and Aja. At least they kept the foster home element....sort of). They beg Jerrica to "sing one of her songs" so they can film it. She declares that she doesn't like being on camera. Cue Universal logo.

Jem was not a good show.

Let the fools have their tartar sauce!

Finally, of course, because this two-and-a-half-minute glimpse into fresh Hell did not sufficiently kick you in the teeth, the trailer stabs you in the face in the final thirty seconds, when Jem touches an earring and says, "Showtime, Synergy."

So far, so good. As far as we could tell, they got the looks right. We wanted to see more. This was exciting. 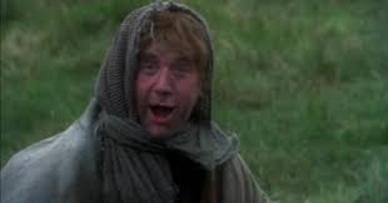 Can I get you ladies some Prozac?

When the very first promo for the film (which was still in production at the time) was released this is what we saw: 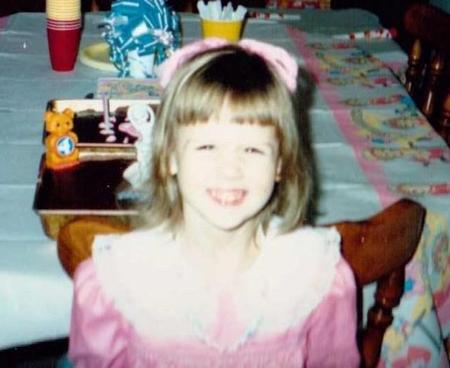 Now, even though just about every iteration of the "perils of fast fame" trope has existed for years, this film most resembles 2001's live-action Josie and the Pussycats. While Josie had many of the same issues as Jem (as in, it barely resembles its source material) at least it was self-deprecating and tongue-in-cheek enough to be somewhat likeable, or at least tolerable (and it took some pretty clever shots at subliminal advertising and early millennial culture). Jem took all the negative pieces of that film, marinated them in clichés, and slapped the "Jem" label on the front.

Jem is a kids' cartoon from the 80s that deals with a pre-Hannah Montana singer/businesswoman named Jerrica, who switches identities with the help of some magic earrings known as Synergy, bequeathed to her by her father via a holograph. Jerrica protects her late father's company, Starlight Music, and runs a home for foster girls. As Jem (the rock star with the magic earrings), she performs with her band, Jem and the Holograms, which consists of her younger sister and two of her friends. Of course, nobody recognizes Jerrica as Jem (not even her boyfriend, the purple-haired hunk, Rio), and all sorts of fun complications arise due to her secret identity. The girls are constantly at odds with their evil rival band, The Misfits (whose paltry motivations rarely match the grand scale of their crimes) and a corporate Snidely Whiplash named Eric Raymond, who wants to get his hands on Starlight Music. 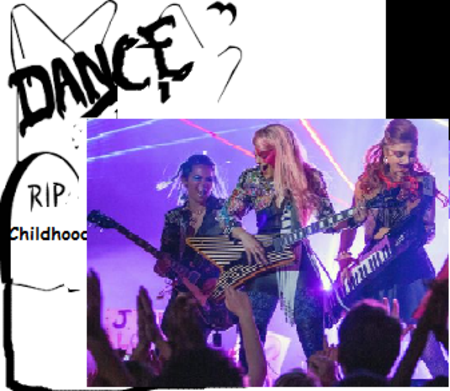 So, yes. Do I consider the original cartoon poorly executed? Yes. Do I still watch it as an adult on occasion? Admittedly, yes. The quality of the series is not the point here. Hell hath no fury like an 80s child scorned. 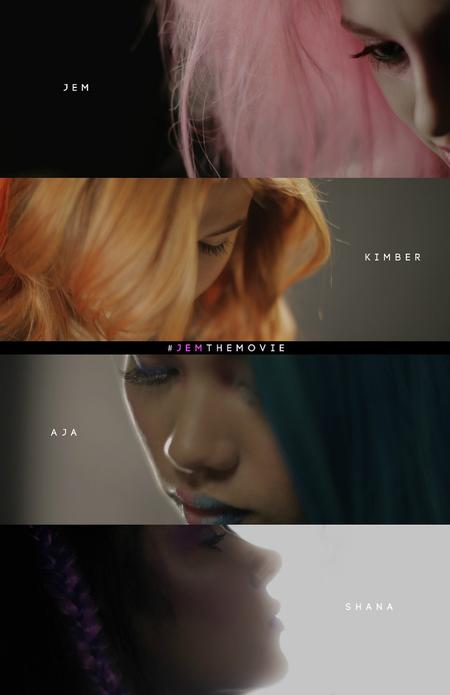 When I watched this, I felt the wind being knocked out of me. I felt as if I had just heard the worst joke ever written. I felt as if I had witnessed a person soiling his pants in public and attempting to clean up the mess with a garden hose whilst performing showtunes in the middle of a shopping mall food court. 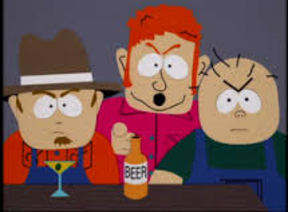