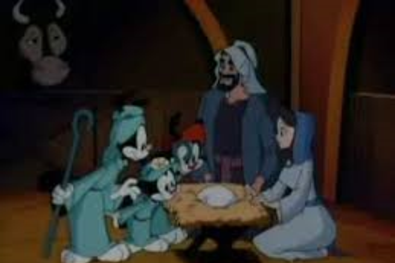 This is an uncharacteristically sweet episode of the classic Twilight Zone, but it still includes the bizarre, signature air of mystery. Henry Corwin is an alcoholic, lonely man who lives in the poor part of town and wears a ragged Santa outfit to his job as a department store St. Nick. When he is ultimately fired after staggering into work following another drinking binge, he explains to his former boss that he drinks because it causes him to see the ugliness around him with a glimmer of hope. Henry can pretend that the poor children of town finally get their hearts' desires, and he wishes aloud that, for one Christmas, he can be the one to provide this. As he staggers down an alley, he sees a bag full of empty cans on the ground--which suddenly becomes a bag full of presents. What follows is a true miracle that changes Henry's life forever. It is a charming tale, despite its dark undercurrent, and an episode that manages to perfectly blend the traditional with the mystifying. 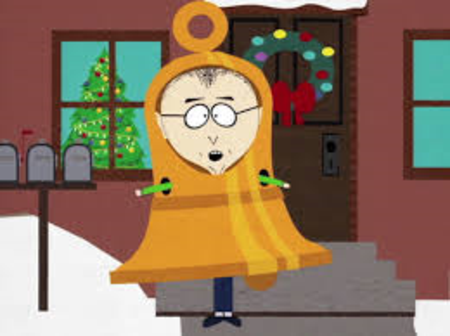 In recent years, it seems as if Christmas episodes of television shows are either scarce to nonexistent or completely half-baked and rote (unless you live in Britain). If that's truly the case, at least we have a nice lineup from Christmas Past to roll out each year as we observe all of our favorite traditions. 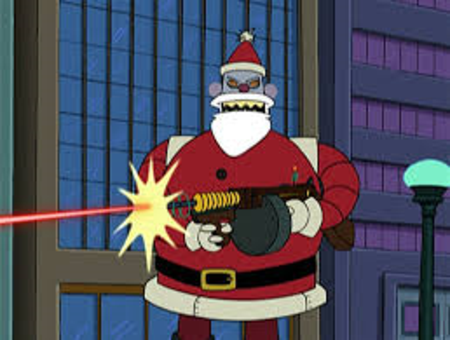 In the 31st century, Christmas has taken on a new form. It is now Xmas, a holiday during which friends and family spend time together at home...because if they  are out, about, and alone, they might get killed by Santa Claus. Oh, and Santa is now a murderous robot. Some Christmas traditions have survived. There is still a tree--a palm tree, since pine is extinct. And folks still get each other gifts. In this episode, Fry ventures out to find the perfect gift for Leela, who harbors sadness each Xmas due to her orphan status. When his present for Leela flies away (it is a talking parrot), he finds himself at the mercy of Santa. This episode, darkly comic as it is, retains some of the sweetness that made early Futurama so noteworthy. Once again, we see Fry fumble, but we also see his love for Leela on full display.

Yes, South Park made this list twice. Yes, this variety special is hosted by a literal piece of shit. That said, it is a glorious episode that has become annual required viewing in my household. Parker and Stone animated the Christmas album they released previously, with hilarious results. We are treated to gleefully irreverent seasonal musical numbers such as "Merry Fucking Christmas," "Christmas Time in Hell," along with South Park characters' renditions of Christmas Classics, such as Kyle's take on "The Dreidel Song," Mr. Mackey's "Carol of the Bells" ("ding-dong-mmkay"), and Cartman's version of "O Holy Night." The best musical number is the nightclub duet between Jesus and Santa Claus, which I will not spoil any part of here. Each commercial break ending is heralded by a fake local news bumper in which a retro-looking anchor states "Fighting the frizzies, at eleven." This is an obscure reference to an actual bumper that appeared during the sole airing of the god-awful Star Wars Holiday Special. In the midst of all the hilarity, pay attention and you will catch a subtle tribute at the end to Mary Kay Bergman, the actress who voiced all the female characters on South Park and, tragically, committed suicide shortly before this episode.

One of the best animated shows in history managed to break new, unexpected ground with this episode. It is the second part of a full episode that starts with a Christmas Carol parody involving Warner Studio CEO Mr. Plotz. However, while the first part of the episode was a typical example of the comedy Animaniacs did so well, "Little Drummer Warners" offers a surprise--by playing the Nativity Story straight. Sure, there are a few silly moments, but for the most part, the Warners are simply visiting Baby Jesus and singing a medley of Nativity-centered carols. The result is a lovely, heartfelt, and reverent  celebration of Christmas from an unlikely source. It is one of a million examples of just how brilliant and fresh this show was, and why it should be remembered. 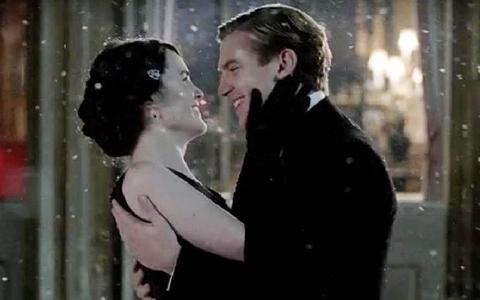 Like many BBC shows, Downton Abbey ends each series with an episode set during Christmas. As any fan of the show will tell you, the Series Three finale from 2012 had an infuriatingly tragic conclusion that nearly ruined Christmas Day for British fans and the following summer for fans in the U.S. I will admit that this is my primary reason for including the preceding Series Two special, although there are other merits to the episode (including a much more uplifting ending). We see the residents of Downton during Christmas of 1919, preparing for a new decade that will reshape all of their lives.  We see both the staff and the Crawleys rally to save Mr. Bates from being sent to prison for the murder of his ex-wife (which he did not commit), and while the issue is not resolved to satisfaction, there is still some hope. Back at Downton, Mary finds herself haunted by a past mistake that will ruin her reputation--and is being used as blackmail by her suitor, Richard Carlisle, so that Mary will be his wife. Mary resolves to prevent this by telling the truth to person whose opinion she values most--Matthew. After two seasons of watching these two dance around their feelings for one another, the romantics in the fandom receive their answer. 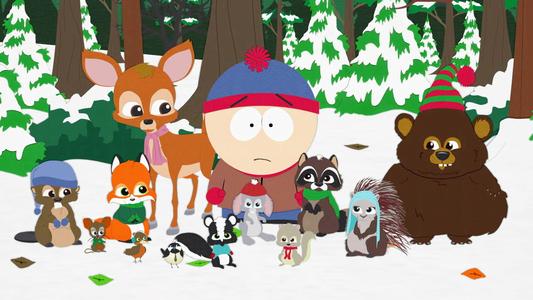 "The Night of the Meek"

"My Own Personal Jesus"

If you fancy a (much) darker alternative to the traditional fare, check out the Black Mirror Christmas special. The BBC drama, with a format akin to The Twilight Zone, weaves fables about the complex relationship between humanity and technology--and showcases some of its disastrous, terrifying implications. The Christmas episode amps it up to eleven, displaying twists and turns likely to inspire anxiety rather than cheer. I don't want to include a single spoiler, and I honestly don't even know where I would begin. However, if you want something that will blow your mind and make you crave more, it is a must-see. Black Mirror is one of the best programs of the past decade (at least), and "White Christmas" shows us why. It also contains a fantastic performance by Jon Hamm--one of the few American actors to appear on the show.

This is not only one of my favorite Christmas specials, but also one of my all-time favorite episodes of South Park (and that's saying a lot). We see Stan as the reluctant hero of a "Christmas Adventure," who ends up aiding some adorable talking/singing "critters" (with names like Beary the Bear, Rabbity the Rabbit, and Chickadee-ee the Chickadee) he encounters in the woods. Stan soon realizes that these are no ordinary critters, and that he is at the mercy of a demanding narrator (whose identity I will not reveal here, because it is awesome). In an episode that combines hilariously absurd twists and turns and manages to tell an entertaining Christmas story that includes devil worship, orphans, and abortion, Trey Parker and Matt Stone once again delight those of us who don't mind a little twisted humor with their eggnog. 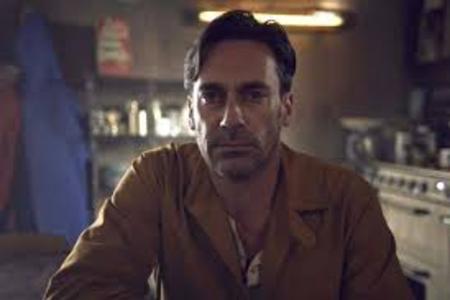 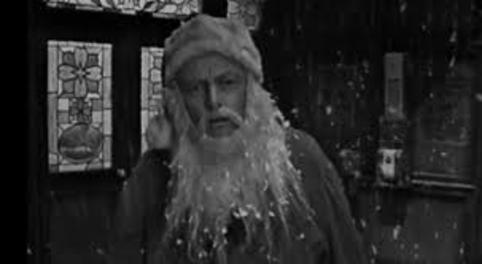 The Wonder Years managed to offset its occasional heavy-handed sentimentality with some sharp writing and relatable characters. In this Christmas episode, Kevin discovers that his merciless gym teacher, Coach Cutlip, is moonlighting as a Santa Claus at the local mall. Cutlip is embarrassed that he has been found out, and at first, he tries to bribe Kevin with special treatment to prevent him from spilling his secret. He admits to Kevin, in a very sweet moment, "Kids like me when I'm Santa." The secret, of course, gets out, and Kevin rushes to spare his teacher further humiliation from his students, who want to heckle him. The outcome of this is too great to spoil, so see it for yourself.

This was one of my absolute favorite Christmas cartoons growing up (even though I'm generally not a huge Flintstones fan), and my gripe in recent years is that channels tend to show the subpar "A Flintstones Christmas Carol" instead of its predecessor. Fred and Barney encounter an injured Santa Claus and realize the only solution is to take over for him--with his guidance. With the expected bumps and snags along the way, Fred and Barney team up and save Christmas--even though the adventure nearly costs Fred his job, as he almost misses his post as the Santa for the party his boss is hosting. Admittedly, parts of this special are a bit awkward. There are some strange animation quirks and line deliveries, and it is strange to hear the Flintstones characters sing. Whether or not it is my nostalgia glasses talking, this remains one of my favorites, and I wish it got more play. 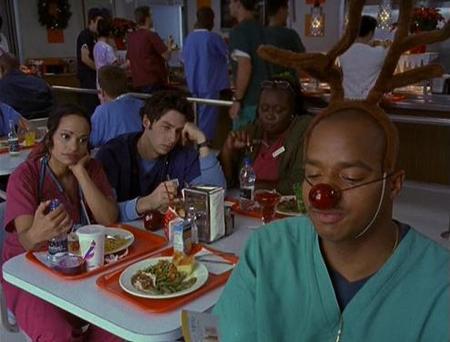 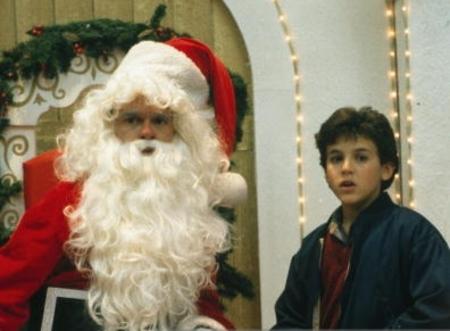 Scrubs is a show I once loved, before it jumped the shark in a particularly ugly manner and made it tough for me to forgive it. The early seasons were full of hilarity and heart, and this Season One episode reflects that.  We see our young docs trying to get through Christmas Eve while Sacred Heart Hospital is hopping. Turk is full of spirit, and he wears his faith and belief in miracles on his sleeve, regardless of what his increasingly cynical friends and coworkers have to say. However, when the stress of the evening begins to wear n Turk as well, causing him to doubt his faith, the gang rallies in an attempt to bring his spirit back. Eventually, it takes a true Christmas miracle--one that makes the whole staff rethink their outlooks. Again, this episode does what Scrubs was once so good at--blending goofy slapstick and quirky punch lines with genuine sweetness and heart. 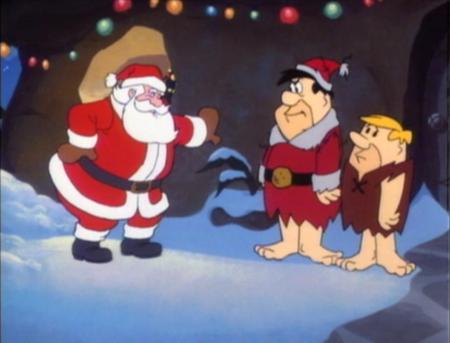 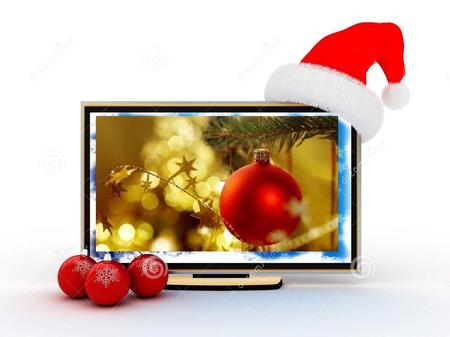 Like many of you, I have my mental list of required viewing for December. I could talk about all these movies and specials, and why certain ones mean specific things to me. For the sake of practicality, I am going to focus my energy on Christmas-themed episodes of standard TV shows. There are so many to choose from, but these are my top ten (in no particular order).