I bet even the Power Trip didn’t know that the King of Wakanda himself joined Diamond Dogs in the 80s!

What makes a good collectathon?  That’s the question Patreon donor Harrison Young has on his mind!  Actually, depending on your age, the question may as well be, “What IS a collectathon?”  If you remember gaming the in N64 days, that.  But given the analytics data of this site, I’d better be a bit more descriptive for the rest of you. 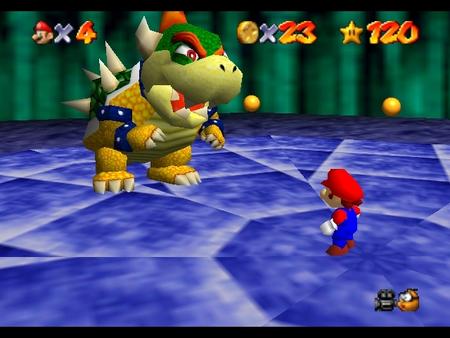 To be totally honest, the word itself is more than accurate to describe what collectathons are.  The point of the game is to collect stuff.  As you do, more and more of the game opens up and gives you new areas to explore!  To collect more stuff!!! 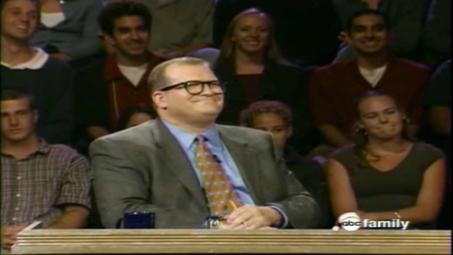 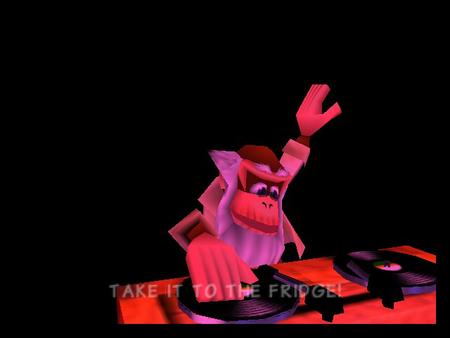 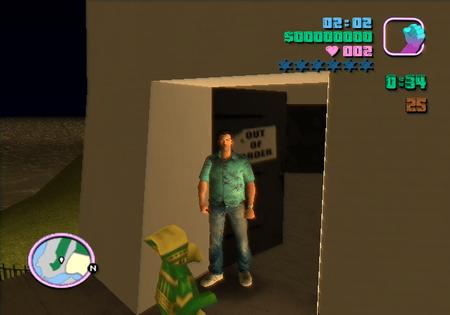 But don’t worry!  All is not lost!  Even if the collectathon, as a genre, isn’t likely to reclaim its former glory, many games do effectively use elements of the venerated gameplay formula to great effect!  Hidden Packages in Grand Theft:  Vice City…  Flags in Assassin’s Creed…  Recruiting soldiers and amassing materials in Metal Gear Solid V:  The Phantom Pain…  I could go on.  Hell, Metroid II:  Return of Samus even acts as a sort of “reverse collectathon” in that you must exterminate certain numbers of the little suckers before you can move on in the game.

So we’ve seen some good and some bad aspects of collectathons.  It’s a genre inexorably linked to the 90s, but could it be making a comeback?  The recent release of Yooka-Laylee seems to say, “Yes!”  I loved the nostalgia of the quiz show, similar to the end of BK, but, sadly, the game falls somewhere between Banjo-Kazooie and Donkey Kong 64, and it’s not as polished as either.  For God’s sake, it’s the current year!  How does any game have camera issues?  Super Mario 64 perfectly paved the Yellow Brick Road with how to operate the camera in a 3D platformer!  Just follow that model and you’ll be fine!  So, revisiting that earlier question, it seems the real answer is, “No.”

I’m not sure how many Stars, Jiggies, Golden Bananas, or whatever that translates to, but I’m happy with it.  But just like in collectathon video games, I always have to collect just one more… 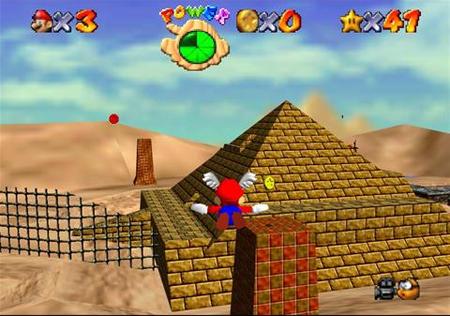 There’s another aspect of collecthons ever present in gaming that guarantees they will last forever.  Gaming itself IS the ultimate collectathon!  The experiences we glean from the games that we love helps shape us into who we are.  Achievements and trophies are effectively our digital résumés.  And, perhaps most importantly, the very act of collecting the games we treasure is the perfect manifestation of the collectathon in real life.  How high can you get?  Here’s my collection at the time of this writing:

This really may be for the best.  Technology and tastes have changed a lot in the last 2 decades.  Making the entire point of a game to collect something just isn’t enough to hold our…  What’s that word when you focus on something again?  But by rolling the fun we have with collectathons into other games, we ensure that the essence of the collectathon lives on!

In case you haven’t played this game, I’ll summarize it for you.  Every level tasks you with collecting 100 bananas, 5 golden bananas, a banana coin, a banana medal, and a blueprint piece.  If that sounds like a bunch of pointless crap to collect, IT IS!  But that’s not the half of it!  There are 5 playable characters in Donkey Kong 64, and you have to get all that junk with each of them!  All of those things are color coded so that they can only be obtained by the correct character.  To be fair, sometimes it does force you to play through levels in new or interesting ways.  Just not that often.  If it’s possible for there to be grinding in a collectathon, you’ll find it here.

At least this game gave us the Monkey Rap! 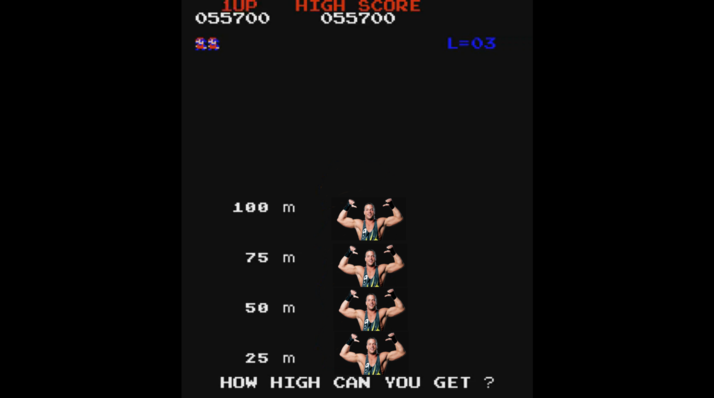 Prepare for the wholesale slaughter of your holy bovines…

Ok, that’s a gross oversimplification.  Perhaps it will be easier to flesh this concept out with an example.  Remember Super Mario 64?  That’s a collectathon.  Rather, that game is THE collectathon!  And since the point of this article is to explore what makes a good collectathon, let’s use that game to examine exactly that! 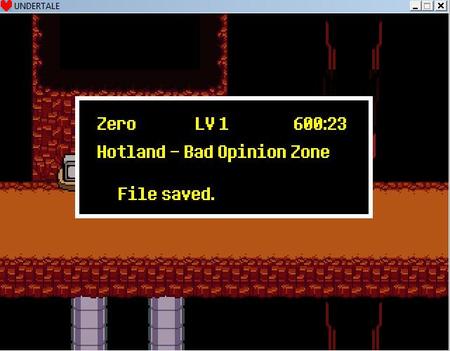 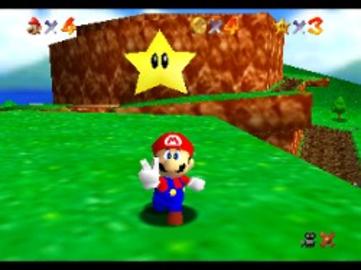 Banjo-Kazooie hands out Jiggies like this man hands out Stunners.

Finally, Super Mario 64 knows when to stop.  There are 120 stars hidden throughout the game.  But that doesn’t mean you Gotta Catch ‘em All.  In order to have your epic showdown with Bowser (oops!  I forgot the spoiler tag!), 70 stars is all you need.  If some star is proving to difficult or elusive, who cares?  Just skip it and grad some others!  You barely need more than half to finish the game.  This keeps the casual crowd happy.  Of course, some of us more OCD types just can’t put the game down til we have all 120, and, thankfully, the game includes a little Easter Egg for those of us who accomplish that feat as well!

Ok, so we’ve seen what makes a good collectathon.  But not all games are created equal, so now, let’s take a look at some bad design ideas for this type of game…

Another design flaw BK introduced when it should have just stuck to Mario’s method is that you can always access all the Jiggies in a level at any time.  To be fair, sometimes you do get them as rewards for performing certain tasks.  The problem is that the game doesn’t ever tell you what those tasks are!  Super Mario 64 names each star in a course.  These not so subtle clues keep you on track at all times.  Additionally, Mario’s stages sometimes change based on which star you’re going for, adding to the variety.  Since Banjo’s Jiggies are all available all the time, this variety is destroyed.  And this problem is compounded by the game’s fewer levels (9). 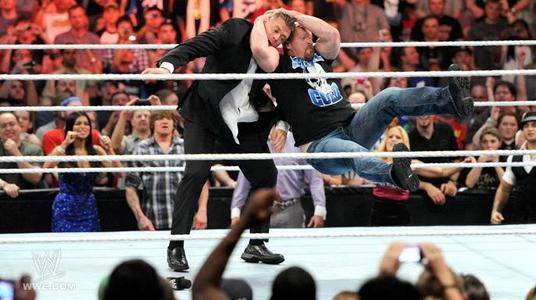 Another aspect of good collectathons that SM64 does so well is the way the game provides intermittent rewards.  At the start of the game, you have 0 stars.  You’re free to explore the hub world of the castle to your heart’s content, but when you really want to get into the action, there’s only a single door you can open when your pockets are totally devoid of stars.  But snagging even a single one allows access to another level.  Simply put, you don’t have to totally clean out a level before moving on to the next.  This short burst reward cycle keeps you playing the game!

While working on this article, I had a sobering epiphany.  Brace yourself.  Sacred cows make the best burgers!  Banjo-Kazooie sucks.  There.  I said it.  Super Mario 64 offers a nearly perfect template on how to make a good collectathon (to say nothing of how to make a good 3D game in general).  So why the Hell didn’t Rare use any of it when they made BK?!

BJ also has a Double MacGuffin.  Not only must you collect Jiggies, but you also have to pick up music notes.  You can somewhat equate these with coins from Mario, but not quite.  In Mario games, coins add up to grant you extra lives.  This is still the case in 64, but you also get a star from each level by collecting 100 coins in a single run (though stages often feature many more).  Similarly, Banjo-Kazooie has 100 notes in a level.  While you don’t have to find all of them, you will need 765 of them to complete the game.  The game remembers your best Note Score from each run of a level and uses said score from each level to generate a grand total.  This means you must find 85% of them.

Sadly, it seems like Rare decided to double down on its mistakes.  Rather than follow the amazing model gifted to us from on high from Shigeru Miyamoto Himself that is Super Mario 64, Rare made many of the same mistakes with Donkey Kong 64, but dialed them up to 11.  Or is that dialed up to 64…?  Anyway, DK64 is simply overloaded with plot coupons.

Notice how this is just right out in the open?

This is the single most important aspect of a good collectathon.  I have to WANT to collect whatever I’m tasked with collecting!  Yes, reaching a star in Mario 64 gives the immediate satisfaction of completing a level, but, more importantly, it rewards me with more levels!

It’s Thursday again, so, right on cue, Princess Peach (Toadstool to the cool kids) has been kidnapped and Mario must retrieve her.  And if I need to tell you her captor, burn your gamer card.  Right now.  Seriously.  But that’s not what we’re exploring in this game.  Mario games are rarely renowned for their stories, after all.  It’s the gameplay where they shine!  No, not Shine Sprites.  That’s a different game.

The MacGuffins you’re collecting in Banjo-Kazooie are Jiggies.  Like in Mario 64, you use these to access more and more of the game.  Unlike Mario 64, they’re not always the result of your accomplishments.  Especially early on, you can’t swing a dead cat without hitting a few of these things.  This is a totally artificial victory and it absolutely feels like one.

And speaking of those levels, they’re also a major part of what makes a good collectathon.  Naturally, levels have to be fun, but there’s more to it than that.  Consider that Super Mario Bros. had 32 levels (not counting the elusive “Hidden Worlds,” and I’m not talking about the Warp Zones…) way back in 1985.  Super Mario 64 came out in 1996, yet it only has 15.  What gives?  The simple answer is the sheer size and scope of each of them.  More importantly, though, the route to each individual star in any given course is often unique.  This keeps each stage fresh, even though you’re playing through the same environments repeatedly to nab all the stars.

In this game, you must collect stars.  These stars function as the end of levels and as your means to progress through the game.  There are 15 different courses for you to explore, but as you progress, you need increasingly higher amounts of stars to access them.  In this sense, the stars act as both your goal and your impetus to keep playing to see more and more of the game.

Welcome to the United States of America, the country where the news is made up and attention spans don’t matter!  Do you really think that many people are going to bother to finish a game when it requires you to get that many items?  Experience dictates that the answer is no.  But I can say one nice thing about Banjo-Kazooie.  I really like how you can extend you max life by collecting honeycombs.  Permanent upgrades are a great addition to collectathons, something that is, admittedly, sorely missing from Mario 64.