Finally, it’s important to point out that it’s not any one single thing I mentioned above that makes this genre really stand out.  It’s how they all fit together that keeps us (or at least me) always coming back for more.  I like to explore in video games.  Then, when I get rewarded by finding cool stuff, it makes me feel powerful.  Overcoming the obstacles in my way makes me feel courageous.  The story compounds the gameplay to really provide a sense of valor.  Yes, I do feel like a hero!  RPGs work best because they nail both the journey and the destination.

Huh.  I would have guessed she was from Venus.  Yeah, I know.  Dated joke.  So shoot me.

Role Playing Games began as pen and paper games.  Though the first one released commercially was Dungeons and Dragons in 1974, there had been pockets of players scattered about for 10-15 years prior.  They come in many different flavors, with a strong emphasis on fantasy and science fiction, but certain aspects are nearly universally true.  The game is run by a GM, or Game Master.  The GM is somewhere between villain and narrator, but with an emphasis on driving the game forward instead of being an actual adversary.  The other players each create (or assume the role of) a character.  The rules are often extensive and all players need to have a decent grasp of them prior to playing.  Over time, characters grow in terms of power and equipment.  But what really sets the genre apart is the shared experience.  Again, the GM shouldn’t want to kill his players (though he shouldn’t be afraid to challenge them, including placing them in mortal danger).  All the players are actually working together to tell a story.  Picture a radio play where the actors frequently drop character to share anecdotes, munch on snacks, etc. and you have a pretty good idea how most tabletop RPG game days go.  Unless you’re a Paul… 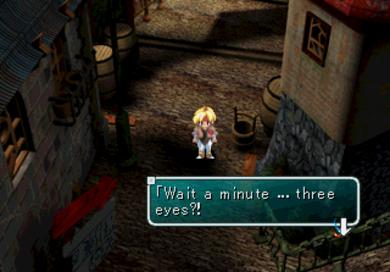 That storytelling aspect is fundamental to this video game genre.  While it’s certainly possible to tell a good story in other genres, it’s arguably the most important part of this one.  While non-MMO-RPGs often lack player-to-player interaction and the game itself basically functions as the GM, it’s easy to see the connection.  Most RPGs focus on a single character, much like their pen and paper parents, but over the course of the game, we see that single character gain companions, who take the place of other players.  Sometimes, RPGs will swerve you by starting you off fighting for the wrong side and having to undergo a drastic change of heart.  Other games prefer the basic, generic  “I’m an adventurer” type of hero.  Often, the main character is an Everyman who ends up in increasingly grandiose situations until he must do something truly astonishing.  But in nearly every case, the story is what keeps players pressing forward. 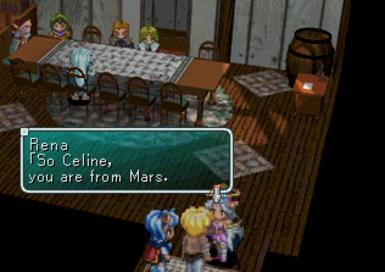 Check out this awesome RPG!

So that's what Millie did after Mathletes and graduation.  She opened up a store on Expel.

You sick bastard!  Of course not!

You'll be fighting a lot in this game.  Good thing it's so much fun!

While finding things is always fun, it would get old quickly if all the loot was simply laying out in the open all the time.  You’ve got to fight…  To get the right (treasure)…  For your party!  Different games take different approaches to combat.  Some use strict turn-based battles, others are more active.  Some are 100% interactive during battle, such as the Star Ocean or the Tales games.  In all cases, combat is the primary focus of the gameplay, even when the point of the game is to not actually defeat your enemies!  Older games required you to use your imagination, keeping them very close to their tabletop origins, but today, most are fully animated.  We’ve come a long way, baby!  This is what usually makes or breaks RPGs.  If a game has interesting combat, you’ll see it through.  If it’s boring to the point that battles become a chore, seeing those credits roll becomes more trouble than it’s worth.  Thankfully, the game that inspired this article, Star Ocean:  Second Story, offers fantastic fights!

Those folks from Linga weren't as cunning as I had been led to believe.

As in John of Patmos?  Oh.  That was the Book of the Seven Seals...

Claude, I can see you just met Blinky. 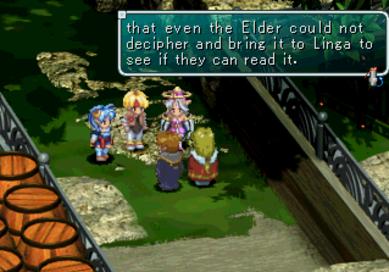 Finally!  An honest politician!  Alen Tax is right up front about picking your pocket!

You must be referring to the death of Ziggy Stardust, frontman of the Spiders from Mars.  Or is it still too soon? 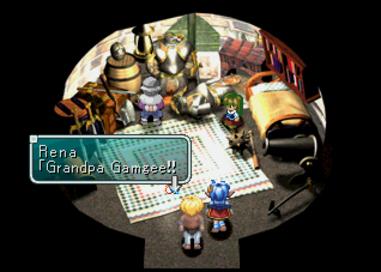 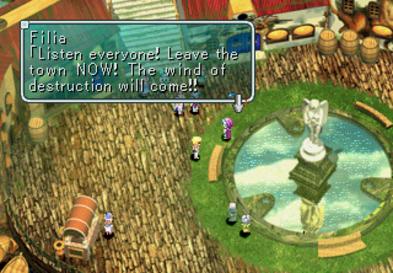 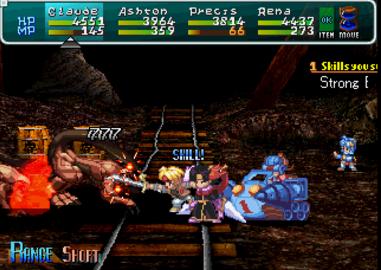 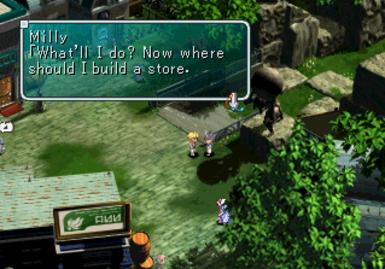 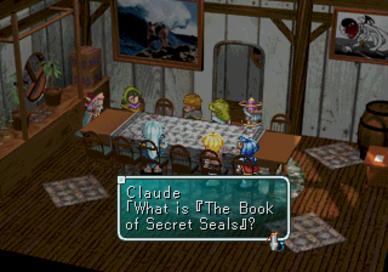 Why do we love RPGs?  Honestly, I’m not totally sure why you do, but I’ll tell you why I do!  It was the first thought I had when Patreon donor Greg Batemann wanted me to cover Star Ocean:  Second Story.  If you have an idea for a game or topic you’d like to see in Zero Sum Gaming, or you have a suggestion for any of our other areas, Patreon lets you convert those thoughts into actions!  Full disclosure:  I love and hate getting RPG requests.  It’s one of my favorite genres, but they take so long to play that it’s difficult to get them done in our average 14 day content cycle.  As evidence, I present to you…  how late this article went up…  But I’m always up to the challenge!  I love RPGs!

And speaking of story, it leads to another important part of what makes these games so appealing.  You really get to feel like a hero!  Often in RPGs, there’s a longstanding prophecy that you just so happen to fulfill.  Consider that Mario’s main goal is usually to save Princess Toadstool.  Now consider that saving a princess is usually an early, or even tangential, goal in many Role Playing Games, including in Mario's own first foray into RPGs.  Most of the time, you end up having to save the world (or occasionally even more than that).  And everyone on the planet seems to support you in that goal, since apparently nobody minds you sifting through their private possessions and taking anything you want.  You are the Chosen One, the Hero of Fate, Awesome Guy, etc.  And it feels great!  Do you feel like a hero yet?

That depends.  Were you in Cobb County, Georgia?

Of course, awesome armor doesn’t just find itself.  If you want it, you’ll have to go get it.  And that’s another fun trait these games share!  They incentivize exploration, something that doesn’t seem to be all that popular in games anymore…  You can debate which we, as players, like more:  finding stuff to get powerful or just being powerful.  What you can’t debate is how these two work together, hand-in-glove, to keep us pressing forward all the time.  We love venturing forth into uncharted territory and finding all manner of beautiful baubles.

So, what, exactly, is an RPG?  Well, that’s a bit difficult to answer today.  Let’s start with the basics.  RPG stands for Role Playing Game.  That means nearly every game is an RPG, right?  Aren’t you almost always playing some sort of role?  Naturally, it’s not that simple.  Let’s back up a step to a time before video games (shudders). 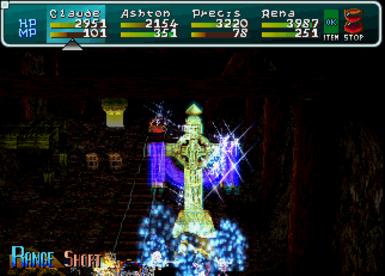 Those items help reinforce why we love the genre, too.  Almost every character in these games is a hoarder.  It’s outright encouraged most of the time!  Anything less than 652 healing potions just won’t do!  I’m not venturing forth unprepared!  Items fall into three categories:  consumables, such as those potions, equipment, and plot-centric.  Equipment is the most important of these.  It’s incredibly satiating to finish a dungeon and find a new Sword of Shinyness!  Yeah, I saved the princess and all that, but I got a new toy!  Score!  And over the course of the game, the swag you get continues to get better, making you feel not only more accomplished, but more powerful. 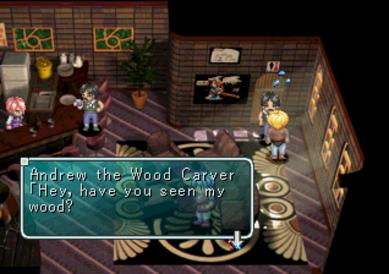 Rena bought some A-1. 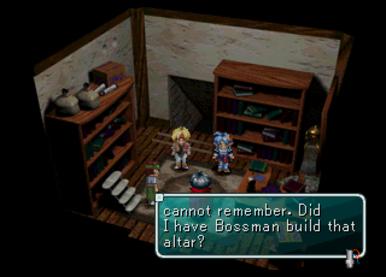 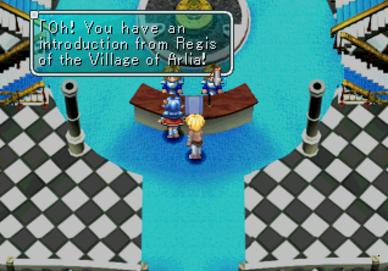 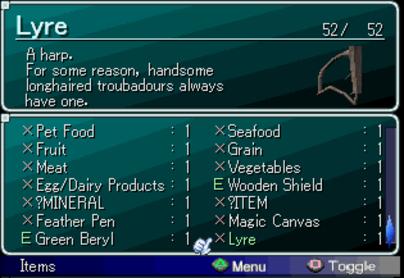 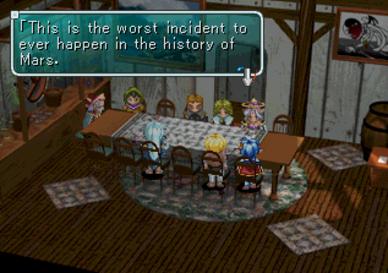 The imagery of this healing spell is actually the gameplay fitting the narrative.  I love when games do that! 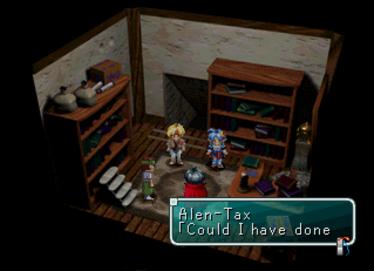 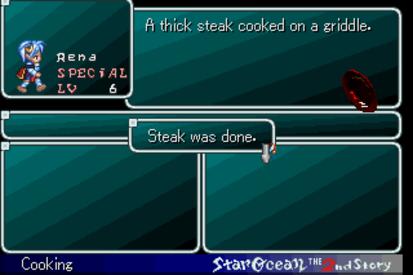