This would be WONDERFUL!

I bring all this up to say that, while WWE is making a valiant effort with its rebranding of the women’s division, they are going to need to commit. Wanna bring old favorites back? Fantastic. Just make sure those women, who were previously given less demanding tasks in the company, have the proper training to work with these younger women who know more complicated, challenging moves, It doesn’t make the younger women more talented; it’s simply nature versus nurture.

As for Charlotte, this seems like a no-brainer. Charlotte is potentially the best all-around woman in the company right now. Her time in NXT proved that she is an excellent heel, and while her babyface status certainly hasn’t hurt her image, the character she plays naturally lends itself to heel work. The feud with Becky Lynch is the obvious vehicle through which to finally see this through. The attempt to sell Lynch as a heel has failed spectacularly. The audiences have spoken: reverse the turn. It would strengthen Charlotte and put Becky over even more. It’s the right call.

Let the Bellas play to their strengths

One of the first Lucha Underground matches I ever watched on television was between Sexy Starr, a popular luchadora, and Johnny Mundo (formerly Morrison of WWE). It was just as intense as the average WWE match, and they called little to no attention to the fact that one of the competitors was female. With a roster that’s awash with great talent, WWE needs to make the bold choice to give it a shot. It would be a much more sweeping statement than even an all-women’s Pay-Per-View. 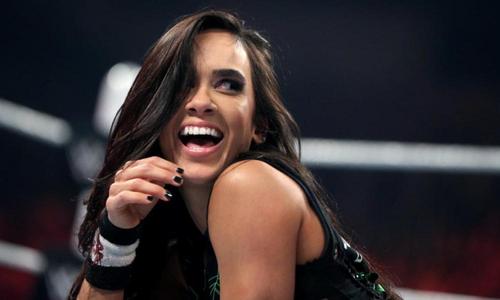 Even before the unfortunate backfire of “Brie Mode” the Bellas have been sloppy (though too rich to ride around in a beat-up jalopy) since their return. The reality is, they have never been skilled in the ring--that is, when it comes to moves. Their mic work, their look, their showmanship, their comedy--all of that was fun, and all of that can still work. If they want to participate in matches, they clearly need some work. However, they should also be doing more of the things for which people loved them. 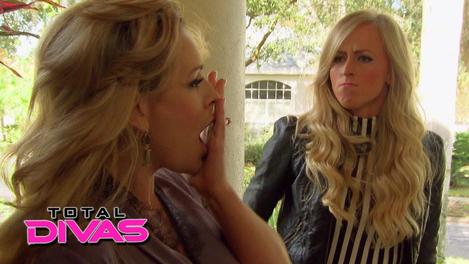 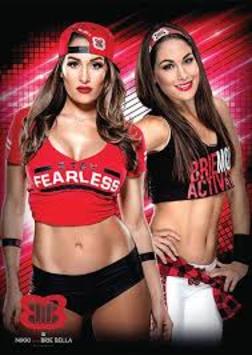 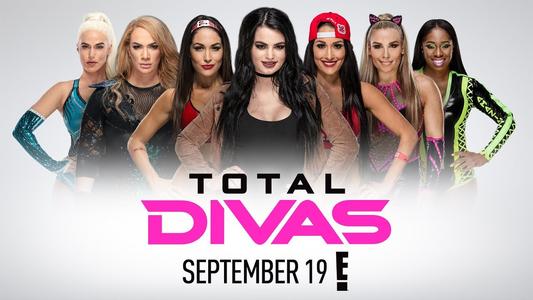 Knowing that this schlock is in no apparent danger of being cancelled, the LEAST they could do is change the name to reflect the changes in the women’s division. That said, it would be harder to justify the Real Housewives vibe if they are trying to be taken seriously as athletes and in-ring performers…

Look, I like the Bellas. I really do. They are great performers. However, even though they were only gone for three years, they returned with more ring rust than a wedding band on the Titanic. Their botches were funny until someone got hurt. Liv Morgan’s concussion at the hands (well, foot, actually) of Brie Bella received plenty of media coverage, but was grossly mishandled by nearly everyone involved, including the company itself. Accidents happen, but when a pattern emerges, you address it-- ideally before someone gets knocked out during “fake wrestling.”

There have been at least two storylines in the past year that would really benefit from heel turns, yet WWE keeps squandering the opportunity (despite the apparent wishes of the fans...not that this is a new thing for WWE). First, they had the potential for a Bayley turn during her rivalry with Sasha Banks--a story that fizzled and was quickly dropped. Bayley has had a hard time finding her footing the entire time she has been on the main roster. She has skill in the ring, but her gimmick, which was weak from the start, has now gone stale. A heel turn would give her so many opportunities to find a spotlight within the company. 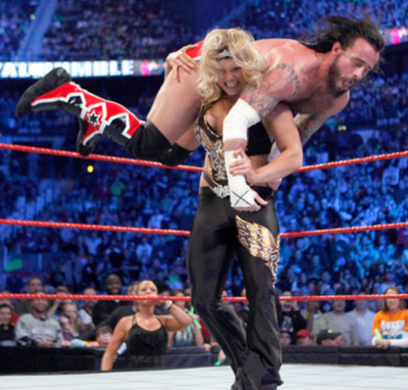 You Say You Want a Revolution: 7 Ways WWE Could Improve the Women’s Division

This was the beginning of a lunch conversation with a female coworker of mine. Bear in mind, she is not a wrestling fan. Her frame of reference is limited to Hulk Hogan and the 90s’/early aughties. Yes, the Attitude Era and the time period right before did have women characterized by their T and A (although the “A” also included the male members of DX, among others). It makes sense that she had no clue about the upcoming Evolution Pay-Per-View, the (mostly) abolition of Divas, etc.

I took the opportunity to educate her. As a still-green wrestling fan, I have only recently begun enduring the stupid “rasslin’ is fake” argument. However, this was the first time I felt compelled to defend the women who were currently working their T’s and A’s and everything else off in the ring.

Another seemingly obvious one, but I totally (no pun intended) don’t expect it, either. The show is making too much money. I have seen one episode, and all it did was make me lose respect for certain wrestlers (never seen Total Bellas; never plan to). I could play devil’s advocate and say this is WWE’s half-assed attempt at reincarnating kayfabe, but that argument only works if you accept the behavior of the women as a work. While there’s no way the show is not staged at some level, the women are also not portrayed as being “in character.”

At the moment, I cannot think of another female wrestler accomplishing the delightful weirdness currently on display from Nikki Cross. On a roster that is full of lookalikes (Dana Brooke and Lana, for instance) and a few mediocre personalities, Cross’s debut could have an impact similar to that of Asuka in terms of uniqueness. I suggest this with some hesitation, knowing what happens to NXT talent when they are promoted (um, did I mention Asuka?). I would hate for her to get buried like some of her former colleagues. That said, it would be so interesting to see her debut on the main roster as a Mankind-esque character. Maybe have her do some work with Woken Matt Hardy? There are many possibilities, and fans clearly want to see more of her. 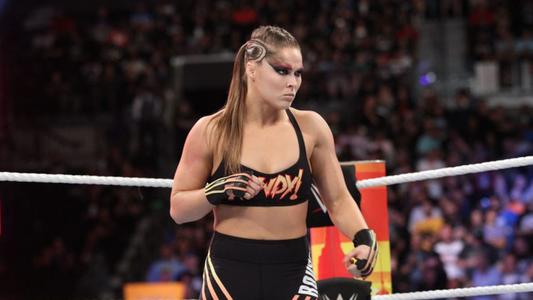 It would be satisfying to see her reclaim her identity as A.J. (rather than C.M.Punk’s wife) and maybe fulfill the potential so many fans saw in her during her tenure with the company. 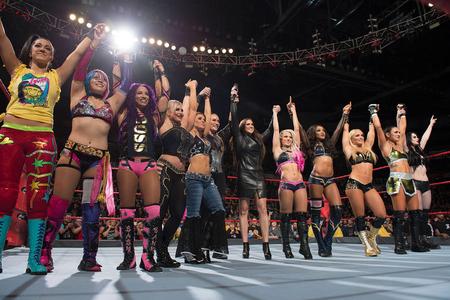 Heel turns for Charlotte and Bayley

Speaking of being taken seriously, there is one momentous step the company could take if they really wanted to revolutionize their product. The thing is, it’s not even that revolutionary when you look at other companies (and even, historically, their OWN company). WWE needs mixed-gender matches. I’m not talking about mixed tag series (which is entertaining, but illustrates many of the problems still lurking within the division). Sure, there’s not a “Chyna” at the moment, but there are women who could certainly hold their own against the men. 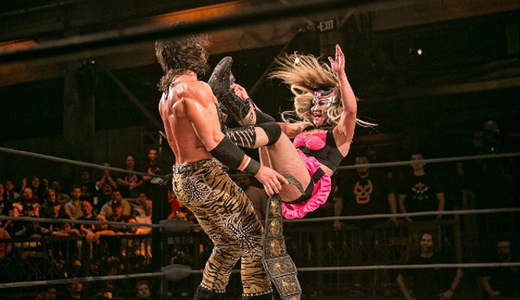 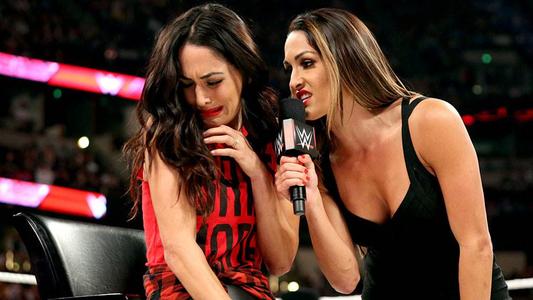 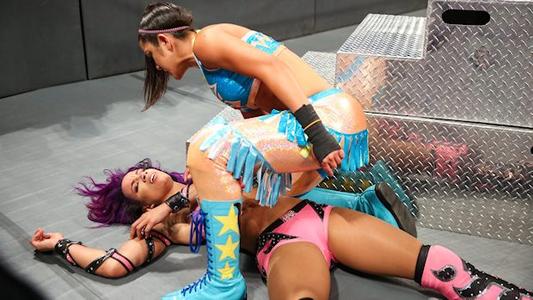 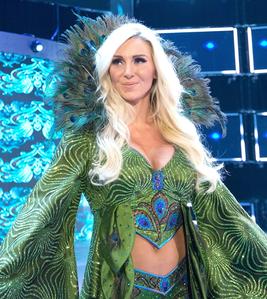 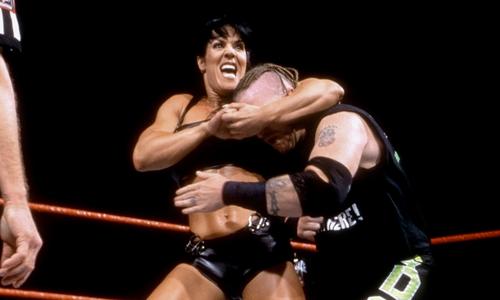 So what else could WWE do that would spice up the division? I have a few suggestions:

The addition of Ronda Rousey to WWE has been a  mixed bag. On one hand, she has fallen into the Brock Lesnar pattern--a celebrity UFC veteran who works half as much as the other women for possibly more pay. She even recently got to write her own promo, which is not something your average superstar gets to do. 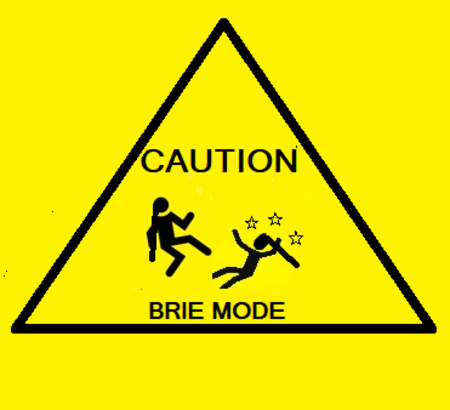 Then, the Bellas returned.

All that said, Rousey is working hard to earn her keep and has, overall had an impressive showing. She gets better with every match, and her mic work has gotten less awkward. Her dominating style has not prevented her opponents from getting over.

This seems obvious, and fans have been asking for years. Along with Paige and Natalya, Lee was one of the last vestiges of the Diva era, and her talent already hinted at a stronger future for the women’s division. She was an excellent performer with a strong in-ring presence, and one always got the feeling that she was capable of even more. Unfortunately, she was frequently saddled with repetitive and obnoxious storylines that involved her making out with male wrestlers and falling into the “crazy ex” trope. Even more unfortunately, she was one of those women whose relationship with (and eventual marriage to) C..M. Punk characterized and, ultimately, killed her wrestling career. 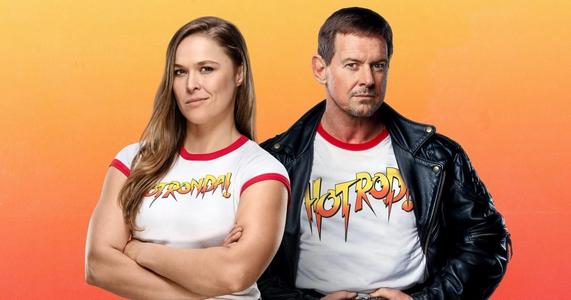 “Well, female wrestlers are athletically skilled, but the ones on WWE are just there for T and A”

One move that would really benefit Rousey would be for her to extricate herself from the “female Roddy Piper” gimmick. I get it; he was her hero, he christened her with his own nickname, and we all miss him. It was a cool move to have her debut pay tribute to him, because it automatically gave her a WWE story to distinguish her from the UFC background. However, now that she is established, it is time for her to establish her own identity. There are many routes they can take with her, and they are already showing the tiniest hint of a shift with her appearance. It’s just time for her to step out of Piper’s shadow. 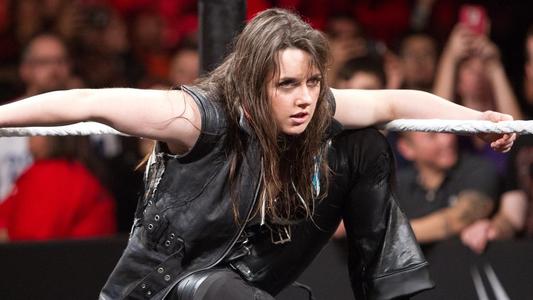