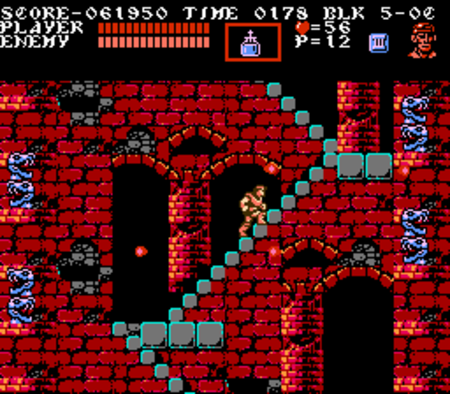 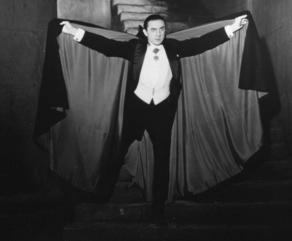 You get to choose one of three different routes through the game! 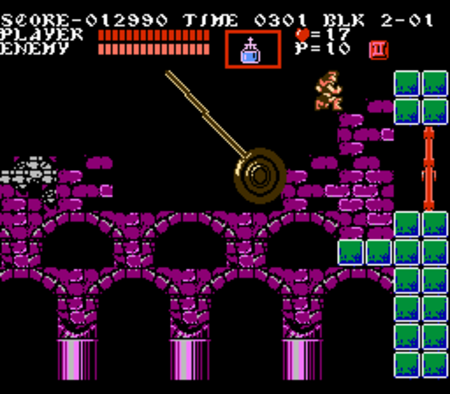 Yes, I do own this amazing 18 volume Castlevania soundtrack collection...

Alucard got his start in the Lon Chaney Jr. movie, Son of Dracula.  Appropriately, he is the son of Dracula (notice the backward spelling of his name).  If you (once more, optionally) seek him out, he will test your strength.  If you defeat him, he will join you.  His attack is the weakest in the game, but he’s on par with Trevor in terms of defense.  So why would you want to play as Alucard?  Well, he is a vampire, right?  He can turn into a bat at will.  While this drinks your hearts, it allows him to get to all sorts of places other characters can’t.  Just be warned that the route you have to take to pick him up is the most difficult possible path through the (already hard) game. 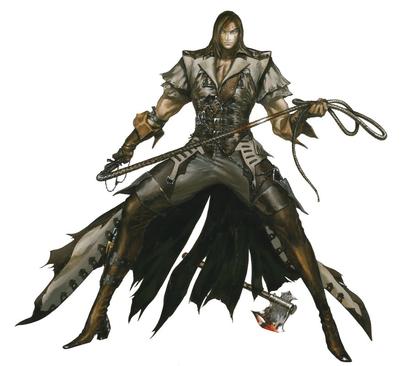 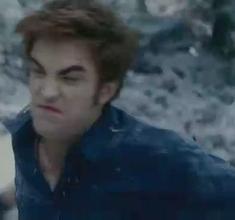 But there’s more to the story than that.  This game features four playable characters and the above data I shared with you assumes you’re playing as either of the two hardier characters.  For the squishier ones, you take one extra point of damage per hit.  Let’s explore these folks for a moment, shall we?

But I digest.  This game really is hard!  16 bars on your life meter.  That’s all that stands between you and the casket your enemy just shambled out of.  16 little ticks of health until you shuffle off this mortal coil.  Yep.  A mere 16 HP until you are an ex-Belmont.  But I don’t want you to get the wrong idea.  That doesn’t mean you can take 16 hits.  Oh no.  That would be much too generous… 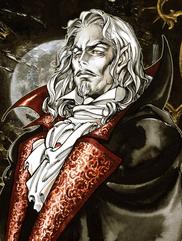 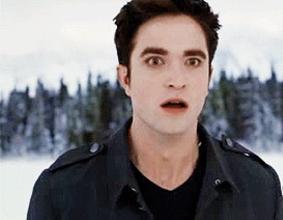 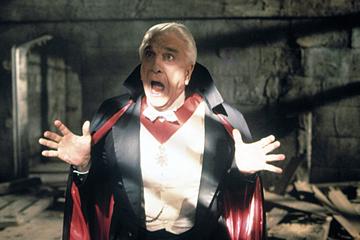 I’ve made no qualms about displaying my love for the Castlevania series.  Indeed, my very first piece of content for this very site was Castlevania:  Dracula X.  If you want a good laugh at my expense, check out this video.  It was my first attempt.  I’d like to think I’ve gotten better since then.  Moving on…  This series’ longevity is legendary.  And frankly, for a series that’s run as long as this one, there are very few titles that don’t measure up.  And even then, bad Castlevania games are usually at least OK games.   I can’t think of any that are outright horrible.  Except maybe this one… 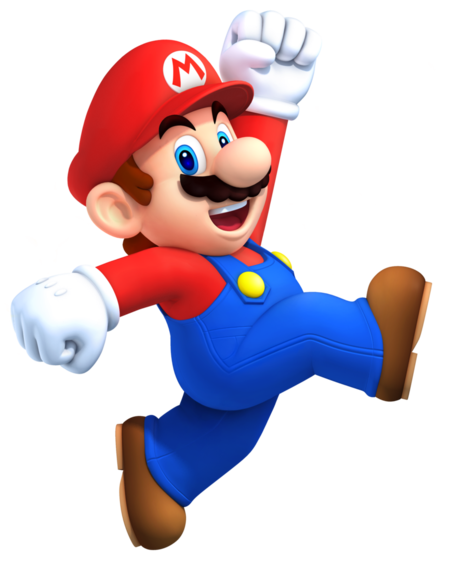 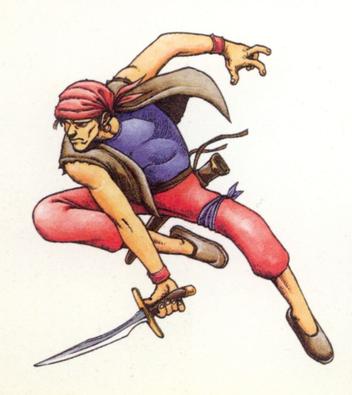 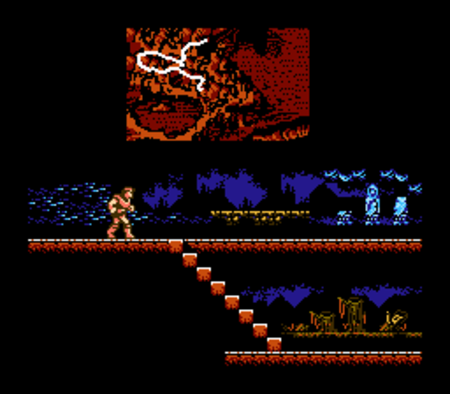 Anyway, before Konami lost its ever-loving mind, Castlevania used to be a highly regarded series.

Well, today I plan to show you a game that certainly lives up to the term, “NES hard.”  It’s Castlevania III:  Dracula’s Curse for the NES.  This game came from…  The Power Trip?  This is getting weird…  He normally covers comics.  Maybe he really enjoys the IDW Castlevania comic books.  Who knows?  Anyway, he’s one of your beloved contributors at this very site.  Why not browse some of his offerings when you finish this article? 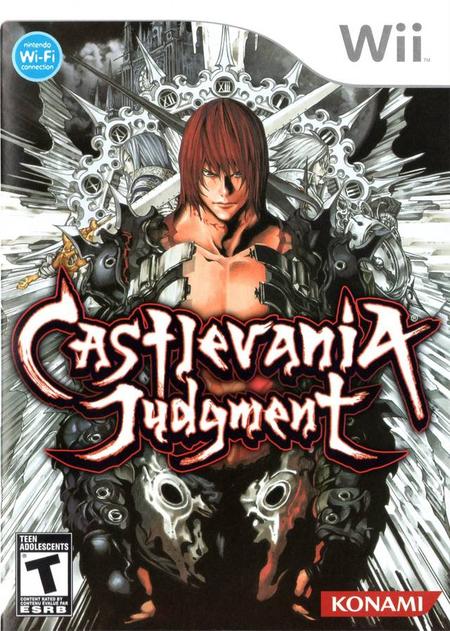 Want to see this beauty in action?  You can do that here! 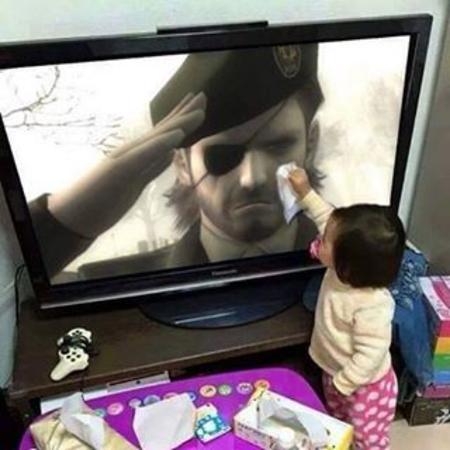 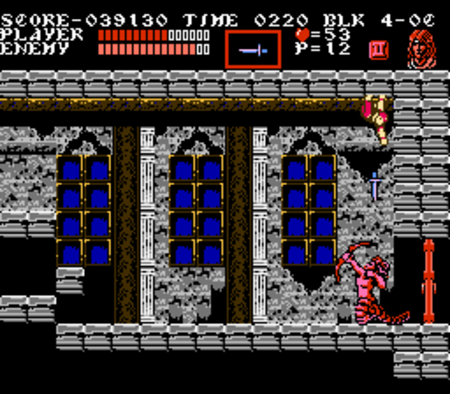 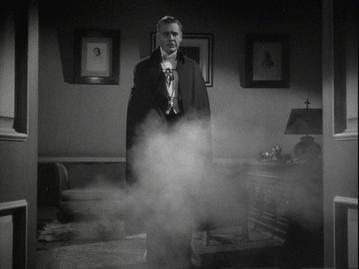 Not even a vampire

Sypha Belnades is a wizard who is imprisoned in a statue.  Spoiler alert!  She’s also a chick.  The game attempts to pull a Metroid and refers to her as “him” for the whole game up until the ending.  If you free her (again, optional), she can join you.  Like Grant, she lacks physical strength, but can attack quickly with her staff.  Also like Grant, she can’t take much damage.  She’s more of the glass cannon archetype.  Her spells make short work of her enemies.  She’s quite tall, though, so be careful.  Even while ducking, many things that Trevor and Grant can duck under still tag Sypha. 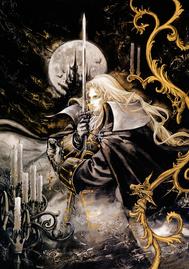 Grant's size and speed mean he can't be hit from this position.

Ok, so back to the subject at hand.  This game is difficult.  By the end of the game, many regular enemies are actually far more durable than you.  And that says nothing of the bosses.  Much of the time, you’re already roughed up by the time you even make it to a boss.  And even that is assuming that there’s only one boss…  This is a game that throws four bosses at you in a single stage, three of which are back-to-back-to-back.  Yeah…  Good luck with that!

But I don’t want the degree of difficulty to let your drive to play the game wane.  It’s really a fantastic, if occasionally frustrating, experience.  What type of game truly feels better to best, an arduous ordeal that takes days, weeks, or maybe even years to master, but is an absolute joy to play, even as the game repeatedly hands your ass to you or a game where you’re simply going through the motions, mindlessly tapping a button or two every now and then on your way to the easy, obvious, and inevitable closing credits?  Far too many games today fall into the latter category.  It’s only one of many reasons you see so many older titles covered here at Zero Sum Gaming.  So continue with your training.  Keep your daggers sharp, your wits about you, and your water holy.  Dracula may not be easy to beat, but when you do, it’s sure to make an impact on you because the struggle, and eventually overcoming it, is its own reward. 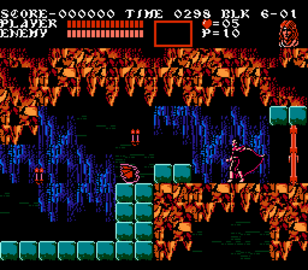 And as if to compound this, the American version of the game is actually significantly harder than the Japanese!  For starters, in the Japanese version, all enemies deal set damage, usually locked in at three points per hit.  While this can make the beginning of the game slightly more difficult, it certainly makes the end much easier.  Even the final battle sees (SPOILERS!) Dracula shooting noticeably longer beams at you in the USA version than he did in the JP one.  But perhaps the most important change as the game crossed the Pacific knocked Grant down a few pegs.  He used to throw daggers that were identical to Trevor’s dagger subweapon as his regular attack.  This gave him access to an infinite cache of ranged weapons!  While I still think Grant is the best man to tackle most jobs, in the Japanese version, once I get him, I pretty much never look back! 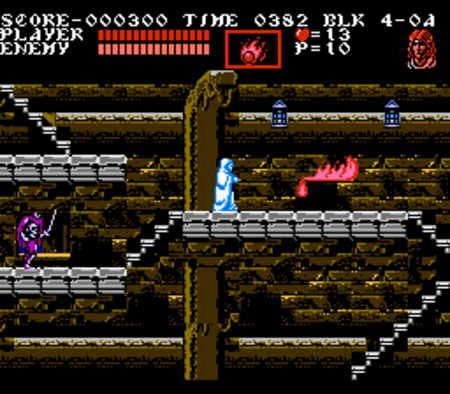 More often than not, the subject of difficulty comes up in my content.  This is the main point of contention I see between myself and you, dear readers.  It’s true that my decades of gaming do bias me about difficulty, but there’s more to the story than that. 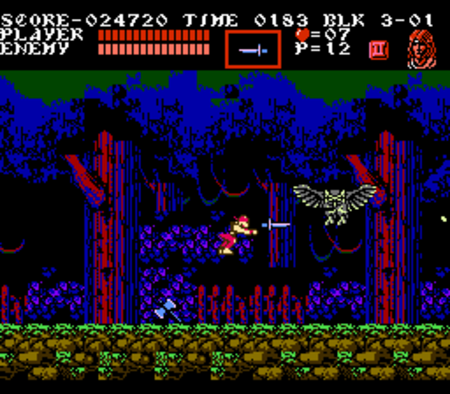 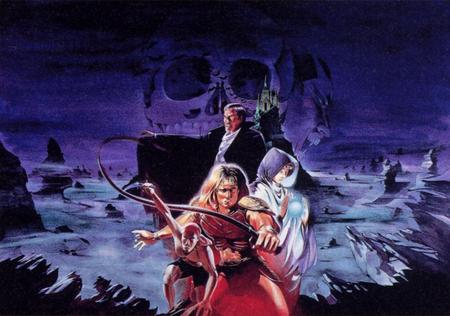 Grant DaNasty is a pirate who lost his family to Dracula’s murderous tendencies.  Indeed, at the start of the game, Grant himself is under Dracula’s control, but if you free him (purely optional), you can take him with you on your quest.  This is a great idea!  While his hits are weak and he takes a lot of damage per hit, he is very fast.  If you wail on the attack button, you can often trap otherwise difficult enemies in a cycle of hitstun and make short work of them!  Grant is also a small target and you can easily use that to your advantage.  Perhaps his best known ability is that he can climb walls and ceilings.  Using this skill, Grant can create shortcuts in many levels and approach boss battles in unique and interesting ways.  He’s my favorite character to play as.

The farther you get in the game, the more damage you take.  For the first three stages, each hit deals two damage to you.  The middle four see this increased to a loss of three health per hit.  Finally, the last three stages really ramp up the difficulty with each mistake costing you four units of your rapidly dwindling life meter.  Yeap.  Those 16 segments only actually buy you four hits by the end of the game. 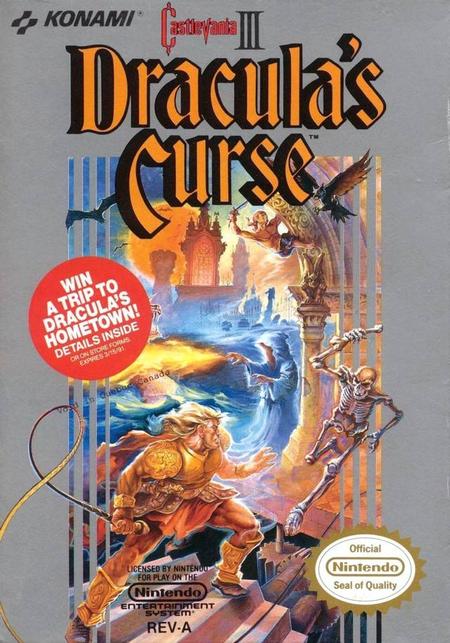 Oh, and did I mention that after you beat this very difficult game, it unlocks Hard Mode?

Oh, come on.  Judgment isn’t exactly a Triple A title or anything, but it’s not terrible.  Actually, it’s a nearly perfect title to illustrate my point.  In bringing up a “bad” Castlevania game, you often still bring up a game that’s at least playable.  What other series can you think of with 30 years of entries?  That alone puts this one in the pantheon of all time greats.  Now, of the few that even meet that requirement, how many don’t have any stinkers in their lineups?  Yeah.  That’s what I thought.

This screenshot can't possibly convey how hard this part is...

And actually traversing a stage presents its own difficulties.  It really doesn’t matter how full your health is if you go plummeting to your death off a cliff.  If you’re playing as Alucard, you can often fly to safety, but even that is limited based on your now rapidly dwindling hearts.  This game loves to place enemies and traps in just such a manner as to knock you to an untimely death with only the slightest error on your part. 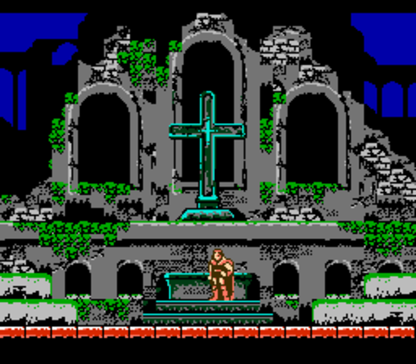 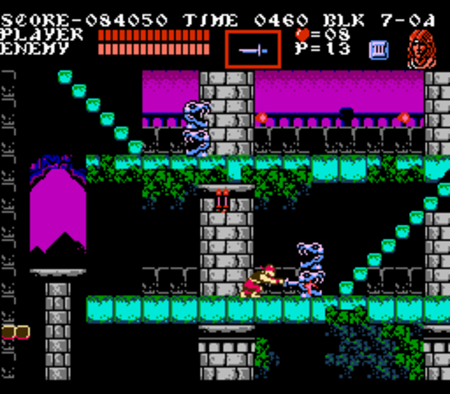 When I say, “This game is difficult,” what game do you picture?  If it’s a recent game, the odds are good that it’s not actually all that difficult, or at least, not by comparison.  I asked this same question to many students of mine lately and I got some surprising answers.  Super Mario Bros. was frequently cited as a “hard game.”  At first, I gave the kids the benefit of the doubt, assuming they meant SMB2J, known over here as The Lost Levels, which, admittedly, IS a hard game.  Sadly, I was mistaken.  They meant that game that oh so many of us remember fondly as the pack-in title with our NES consoles.  Or am I showing my age again…  Thankfully, at least almost all the children have played Super Mario Bros., so, at the very least, Mario retains his coveted position as the Ambassador of Gaming.

Trevor (Ralph in the original Japanese) Belmont is the main character of the game.  He hits hard and can take a hit with the best of them, but tends to be a bit stiff and slow.  He is functionally identical to Simon Belmont from the first Castlevania game. 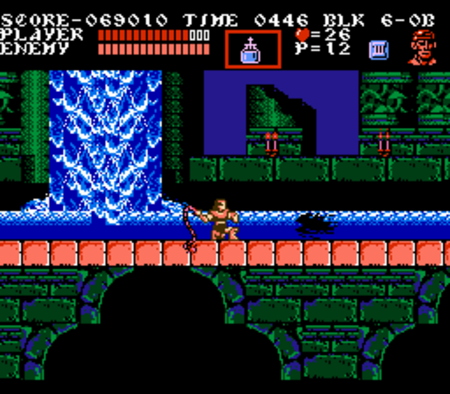 Just in case you’ve lived under a rock since 1986 (which was, in fact, a very rocking year!), the Castlevania series basically picks up where the Bram Stoker novel leaves off.  In fact, the American cousins to the Belmonts are descended from Quincey Morris from the novel.   It is through this line that I was made an honorary Belmont!  I’ve never had to wield the Vampire Killer, but I do keep a supply of hearts on hand, should the need arise.  The long and short of the series is that every hundred years, the Belmont family must repulse the resurrected Dracula and prevent his reign of evil.  Yep.  The true classic vampire himself. 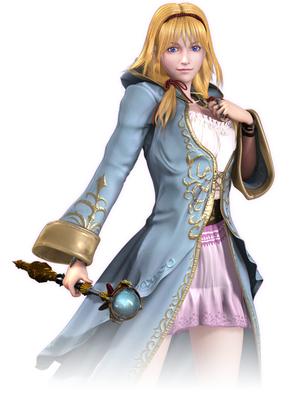 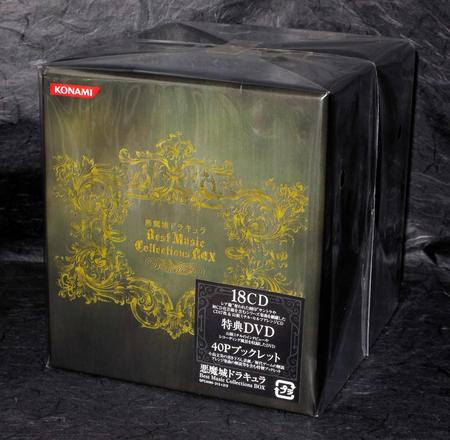 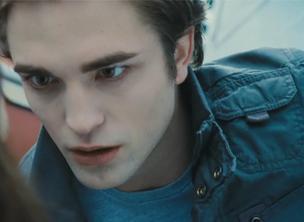