One of my favorite games to talk about!  Mostly because this game can raise ire from a mere protocol droid.  If you like playing Monopoly (meaning your standard game takes less than an hour, as it always should when played properly without contradictory house-rules), most of the added Star Wars flavor will settle well with you.  My favorite version is this 20th anniversary version.  The pewter game pieces look amazing for their size, the “paint” applied to the game gives it a solid Star Wars feel, and you could have Boba Fett as your game piece.  Well, not exactly.  I have Boba Fett as MY game piece.  I always use Boba Fett.  Even outside the game.  Ever try to use a pewter Boba Fett as a game piece in The Game of Life?  It is exactly what your first thought is.  Bad-ass!!! 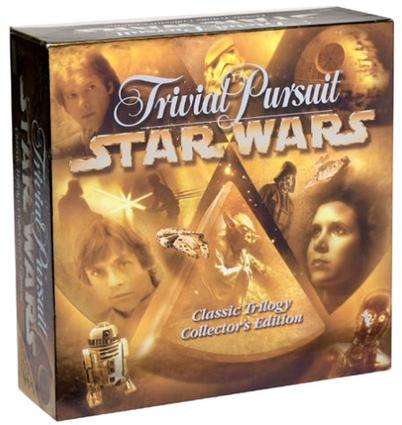 Star Wars:  A New...  wait...  The Force Awakens is now out in theaters.  The fever for the franchise is still at an all-time high as we figure out as a society if we again got Phantom Menaced.  While we let the honeymoon fade away in the coming days, let's look at some more examples of Star Wars invading our tabletop experiences like a bunch of rabid Ewoks.

Would you believe that there are some other Star Wars games out there?  I know, right?  Shocking! 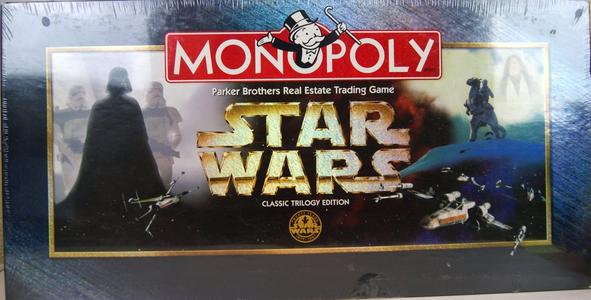 Bad Religion gets the point of the holiday.  It's not about pushing your personal agenda.  It's not about demanding that a person providing a service specifically tell you one season's greeting or another.  It's not about gifts.  I'll make this short and to the point.  If a single child dies of starvation anywhere in the world on any December 25th, then we are all [gently caressing] failures.

That's right, it's that [gently caressing] time of year again.  This song is perfect for when you need to sing a Christmas song (because I can only assume someone has a gun to your head), and you want to express your feelings toward the holiday.  Enjoy it, because one paragraph down, you're going to learn why I don't express my true feelings too often.

Yes, a game aimed at kids, but more than fine for adults.  I don't think many people have played a real game of Operation, since the gimmick itself is enough fun.  Fun for kids who like to “accidentally” touch the edges to make their patient scream in pain.  Fun for adults who themselves were the previously-mentioned kids whose anti-psychotic medication worked so that they now lead arguable well-adjusted and fulfilling lives.  A life that includes turning your old copy of Operation into a fun drinking game with friends.  But now with droids!  That way, your psychologist can at least agree that living in a fantasy world where you cause pain to droids while drinking is better than living in a fantasy world where you  perform needless surgeries on a guy who doesn't deserve it.  While you're drinking.

Dropkick Murphys - “The Season's Upon Us” 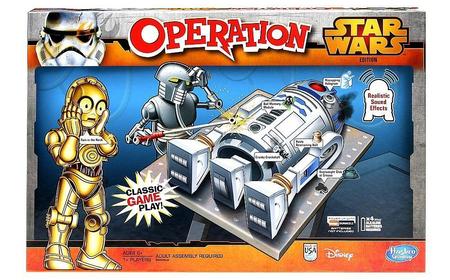 @tomixfitz was going to go to the Tosche Station to get some power converters.  He also wishes everyone out there a wonderful Friday.

And the award for the most jargon included in one game title goes to...   Packed with 400 cards with over 2,000 questions, there is hardly a better way to show off that you can know way too much about one trivial subject.  With that being said, the categories make sense, the questions themselves do range from easy to difficult, and the presentation is fantastic.  If you were like me in high school and chose Star Wars to be your chosen flavor to life-long celibacy, you could at least be the top virgin on your block by being undefeated at this game.  Not saying that Tomix is undefeated in this game.  More like, after 5 games of it spread out over a few months, my friends had already decided that Resistance Is Futile.  (See what I did there?)