The Doctor Is In...  Your Head

So, while the idea of a monster being able to kill you in your dreams is very... Freddyish, it definitely isn’t the an original idea. Nor is it any less scary. For this week, I present to you D.C. comics own Dr. Destiny!

I don’t know about most people, but the idea of my worst dreams coming true and actually attacking me scares me halfway to death. From a zombie horde outside my home to a 200 ft tall spider chasing me down the road, I don’t want to imagine a character like this EVER being real in any sense. That's probably one of the reasons he was actually toned down for the cartoon series Justice League. Here he is portrayed similarly early on. Thanks to a device someone else created that gave him a form of ESP, he could actually go inside YOUR dreams and alter your dream state. Here, he could put your body in such a shock that you never wake again. He attempted this on the entire Justice League, and had it not been for their own resident telepath and a man who almost never sleeps anyway, Destiny would have won. While this form is also very creeptastic, most people who realize they are in a dream still find hope that they can wake from their nightmarish slumber. Comics Dr. Destiny gives you no such hope. His full power is one of the reasons he actually has defeated the League numerous times.  Just remember that the next time you have a bad dream or even think of things you hope you never dream about... Remember that whether in the dream world or the waking one... no apple can keep this doctor away.

Like many Justice League villains, Destiny started off with simpler goals of robbing banks and becoming powerful. Defeat after defeat led to the dear doctor creating a device to alter reality using the fabric of dreams. Honestly, this is a much scarier ability than the one he is given in the cartoon and a pretty powerful one to boot. After using his device many times over, he was able to start using this ability without said device. Did I mention the power source of his creation that gave him this power came from the master of dreams in Neil Gaiman’s Sandman? This is one of the many reasons his powers make him so hard to defeat as Sandman is actually one of DC’s top tier powerhouses. While many of you probably wouldn’t find this whole thing very scary, try picturing someone who can take any of your dreams... and not only make them real but use them against you. Monsters, nightmares, death, all things he can foist upon you from just sitting across the way in his wheel chair. You see, one of the things that drove the good doctor to not be your standard villain anymore is that the JLA hypnotized him and manipulated his psyche to where he could never dream again. This broke him, wore him down, and made him a withered shell of the man he once was, but even that just drove him to want to defeat the JLA more. 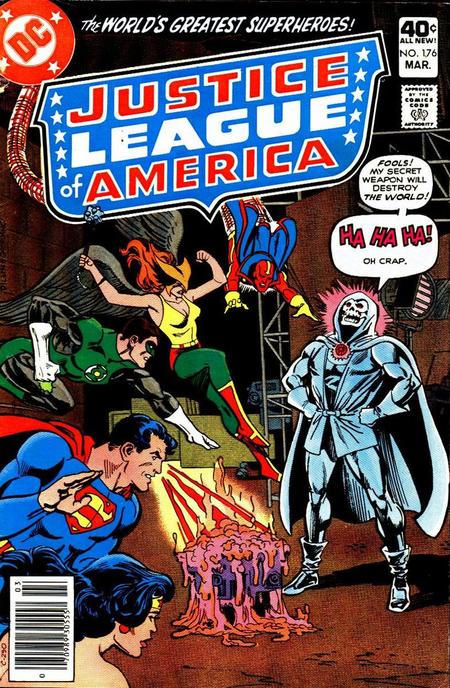