Christmas Harley! I’m so excited and ready to get started on this sucker. I bought some of the supplies for her around the end of 2014 when the fabric went on sale, but I haven’t really had a chance to get the ball rolling. Dragon*Con is the perfect reason to get started.

The next most important thing was the wig. I went online and bought a black and red ‘Lolita’ wig. The style isn’t exactly the same, because the hair is lying down, but it has clip on pigtails and is pretty cute, I think. It’ll work for what I want it to for now, in the future I’m wanting to play around with making one but I wanted to free up my workload a bit this year.

First I’m going to talk a bit about what fabric we will be using. I decided to use stretch velvet for this project. Not just because I always want an excuse to use it, but also because I feel it’s a better choice in fabric to accompany the festive (and already fuzzy) look of this outfit. Here’s the key though, you remember forever ago when I warned you guys about the dangers of trying to use two-way (US terms) stretch fabric on stretchy garments? Hey, guess what I did! Apparently 2014 me thought I’d live on the wild side and bought some fabric that barely has any stretch in one direction. Since the garment doesn’t have any legs, I think I can make it work with some modifications. That or I’ll show you guys my tragic failure and start over again! Who knows!

So, what will the winning Harley be for this month? I need a new Harley Quinn cosplay for Dragon*Con, after all! Ultimately I decided to do one I wanted to do for over a year now. It’s a little out of season but... 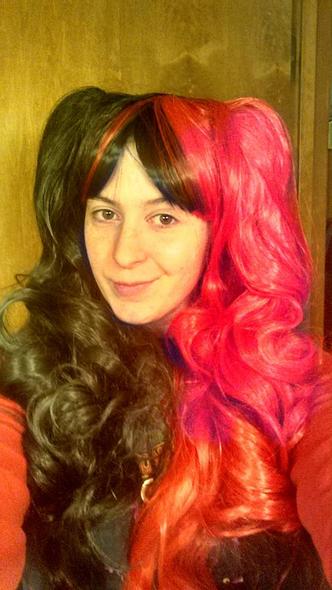 I bought a leotard pattern to work off of. It gives me a useless seam around the waist because it’s meant for you to put an attached skirt there, but I think it’ll be cute. The biggest challenge is going to be making sure everything fits since I don’t have four-way stretch velvet. This is where my dress form will come in! Once I start sewing up the pattern, I’ll leave the back and the crotch open. This not only allows me to place it on the dress form, it also gives me two points of leeway to work with the fabric. The leotard is meant to be slid on (like most leotards) but due to my slip up in fabric, I’ll be putting a zipper in the back. I think this’ll fix most of the stretch issues, but I may have to put extra fabric in the crotch. We’ll see on that one. The key here is that I’m making sure the stretch is on the width-wise portion and not length-wise. Hopefully that’ll keep me safe! 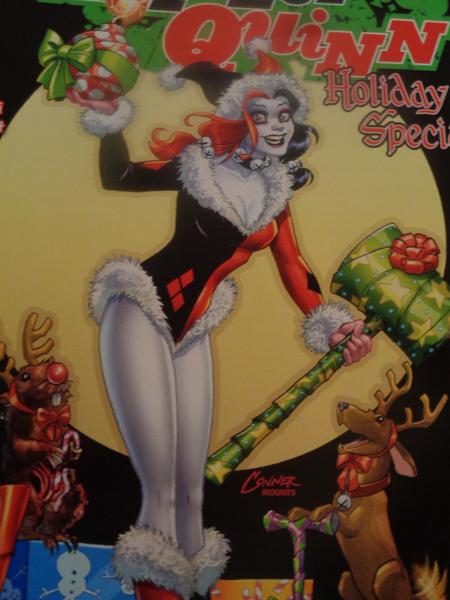 Man my bathroom makes me look red, and my wig look pink.

Sometime this month I’ll be covering a few fun topics, including making thigh-high boots out of plain ol’ heels. I love doing this, and always play around with new ways that I’ll share with you! I’ll also be trying out a new technique I’ve seen, where you sew the boots directly to tights so they stay up without tape. This idea is basically genius. Yeah, the tights will wear out over time, but removing the thread and sewing them to new tights would be easy! I’d question why I never thought about it before, but most of the costumes I’ve had that needed thigh high boots also had garters, so it wasn’t needed anyway. In this instance, the tights also keep me from having to paint my legs, because I learned that lesson a few years ago. We’ll play around with glove-making, too, something I love and also hate making. I’m not sure if they’ll be made with velvet or not (that sounds slightly awful, to be honest with you) so they’ll probably be made from matching lycra.

Also, I’m splurging and buying some good quality faux fur from Distinctive Fabric! I bought some crappy stuff when I bought the velvet (Why?! I know better!) because the faux fur was on some crazy sale that allowed me to buy a yard of it for four bucks. The more I stared at it though the more I hated it, so I don’t know what I’m doing with it. I now have some delicious luxury shag to work with. I had to buy an entire yard even though I don’t need much, but see how much I care about that.

Finally at the end of the month I’ll have one of my fun makeup videos, playing around with turning myself into the New 52 Harley Quinn. I’ve actually not done that properly yet, so we’ll get to learn that together! How fun that’ll be! I’m pretty excited to revisit one of my favorite characters in the comic book world, with such a fun and cute little costume. In theory I’ll be making a beaver prop to go along with it, if time permits, and I’m sure I’ll have a little blurb on that as well!