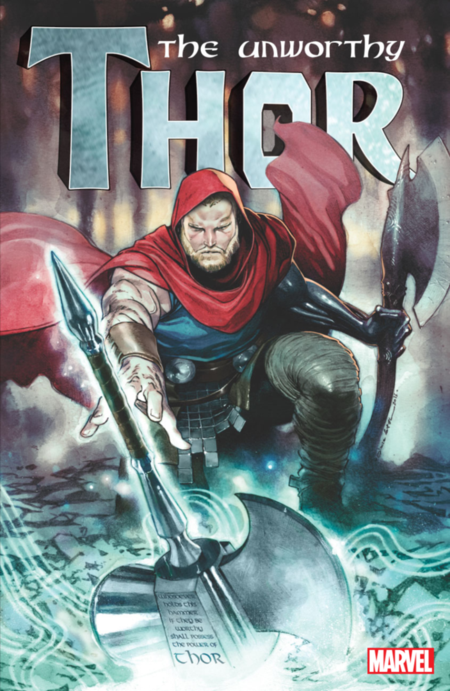 One other question remains though. Is the reason for said reveal actually story influenced? Was this the exact moment planned by the writers and Marvel staff all along, or, like in so many cases before, are they only revealing this now due to Thor's third movie coming this fall. We’ve discussed before how in many cases each comic company will shift changes in the books to match or play on events happening with their movies. This time around is no different as Odinson will be wielding the Ultimate Universe version of his hammer soon and regaining his lost worthiness. He will be back in the normal place he was in long before so that the comics will also act as a monthly advertisement for his new movie. But is finding out the magic words Fury used also caused by the movies release?

Now keep in mind that Thor 3, so far, is shaping up to be a combination of two Marvel stories already: Planet Hulk and Ragnorok. And keep in mind that movie Fury mentioned in the first Avengers movie that he was developing special weaponry to protect Earth from off world threats such as the Asgardians. Now, if you’ve followed the last two Captain America movies, and Agents of Shield you’ll notice two things. Fury is now in hiding, doing his own underground thing, and LMD’s are technically in MCU continuity now.

Rumors abound, as they have for a while now, that Nick Fury’s next appearance will be in Thor:  Ragnorok of all places. This, of course, seems very odd as it is supposed to happen almost entirely off Earth as Thor and Hulk investigate the happenings of the Infinity Gems, a plot so cosmic that it would be kinda odd to have Fury there at all. BUT it is also said that Thor will be split from his Mjölnir. How and why has not officially been said, but, of course, I have a theory that follows the comics and the growing comic to movie trend we have seen through the years. Somewhere in Thor 3 we WILL see Nick Fury whisper or say the words that will make Thor lose his hammer. Of this, I am certain. Of course, this wouldn’t be quite article worthy enough except for all the fun different ways we can think of for how Fury will show up in this movie to do so. I know I had mentioned in my video last week that I figured Loki would do a similar act like he did playing Captain America in Thor 2. He could show up as Fury to get close enough to Thor to say whatever words we will hear to cause the hammer to fall. But what if it's not that simple? What if it actually is Fury? You see, the story of Original Sin had Fury as the “villain” as he was doing the job of being the “man on the wall” protecting the Marvel Universe from giant universe destroying threats that it didn’t even know existed. He was using life model decoys, or LMD’s, to make the rest of the MU believe he was still operating on Earth, when in reality he had aged due to running out of the super soldier serum, and was operating off world for years.

Thor 2 introduced the fact that Loki found a way to Earth, kind of a back door, and Hulk has also managed to make his way off world as of Age of Ultron. Add all this together and we may be seeing the real Nick Fury off world protecting everyone as the man on the wall. If he believes the off worlders are truly a threat stil,l then it will be the true Nick Fury de-powering Thor. Whew... that's a lot to take in from comic to film here! A lot to think on... and a lot that is really driving me to want to see this movie so badly now. What about you? I want to hear your theories taking the stories from the comics, and applying them to the movies. Please let me know your theories and I will see you all next week for The Next Issue. 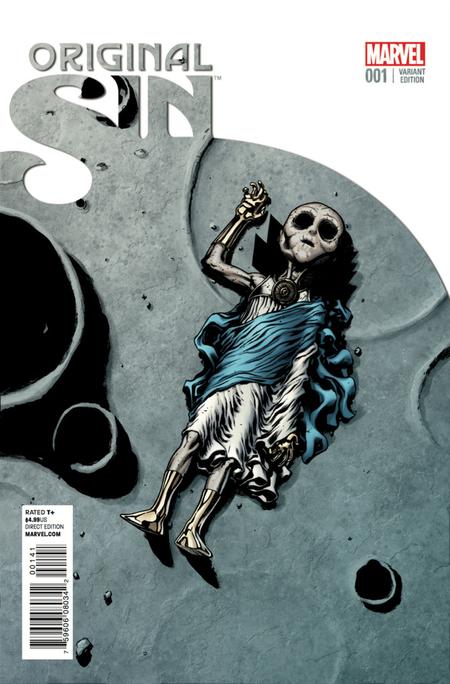 It was the time the Watcher died. Murdered for his all seeing vision, one of the greatest murder mysteries of the Marvel Universe took place during Original Sin. Usually the biggest shocks to come during these cross overs are character deaths and the epic villains behind them all. This time around, though, a game changing shift occurred to one of Marvel's most iconic heroes. Thor became unworthy of his powerful hammer. Nick Fury defeated the almighty god with but a small whisper, and, thus, the Unworthy Odinson was born. For the last three years, the words that caused the once mighty Thor to be unworthy have been one of the biggest mysteries in comicdom. Now we are only months away from finally finding out what was said all those years ago.